He was blackmailed with threats of having his private photos and videos circulated unless he pay up. 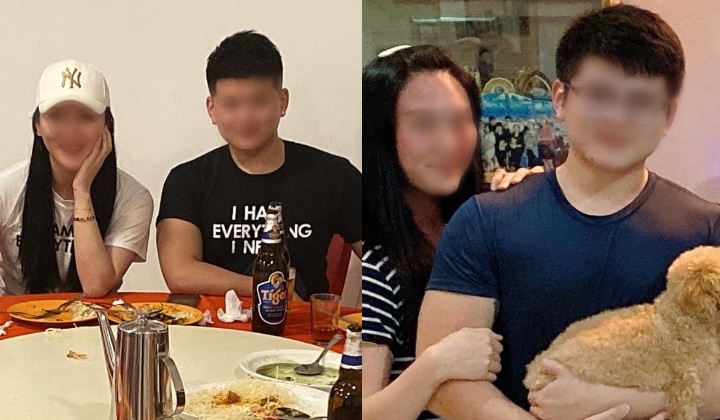 Love can be complicated and messy, especially during and after a breakup.

The ex-couples would wash their dirty linen in public to garner sympathy and get people to side with them.

Issues that could be resolved in private become public matters that bring frustration to all parties.

Usually, the woman is often the victim, but sometimes, the guy could be the one on the losing end.

Recently, a Malaysian was blackmailed by his ex-girlfriend for RM80,000.

She threatened to release his nude photos unless the payment is made.

In a display of courage, the man posted on his Facebook page detailing the process of his blackmail experience.

He wrote that the perpetrator was an international student from China, and they had many drinking sessions.

It was supposed to be a loving relationship until it turned into a never-ending nightmare.

The horror began when he found out that she had taken nude photos and videos of him when he was drunk.

I forgot that she can recover deleted files from the phone. After we broke up, she started threatening and blackmailing me.

Horrified at the prospect of the whole world seeing him nude, he paid an initial amount of RM80,000.

The woman promised not to bother her again, but the relief was short-lived.

On 28 May, he received an anonymous text via WhatsApp demanding RM100,000 within an hour.

He claimed that the perpetrator got help from a local friend to create a fake bank account for him to deposit the money.

He decided not to pay the RM100,000 claimed and instead lodged a police report to avoid any extortion from them.

The man also advised the public to regard his situation as a reminder and not fall victim to such embarrassing episodes.

His plight has garnered support from netizens who offered words of encouragement and positive comments.

Some asked him to take revenge on the perpetrators, while some made insensitive comments asking about the size of his genitals.

Blackmail Involving Nudes On The Rise

Sextortion has been on the increase in recent years, and authorities believe that there are far more cases that are unreported.

Police have advised that paying the criminals will not end the nightmare but make it worse.

Paying up will only encourages them to keep exploiting that vulnerability and prey on other targets.

According to psychologists, victims had to overcome shame before they could pluck up the courage to seek help.

Sextortion victims are reluctant to open up because sex is a taboo topic in society and among families.

We must break the silence around #sextortion. We call on the government to criminalize this form of corruption. @anticorruption#IWD2021 #ChooseToChallenge #WomenAgainstCorruption https://t.co/eKb3vQkRLf