The proposed association will represent print, electronic, and internet media. 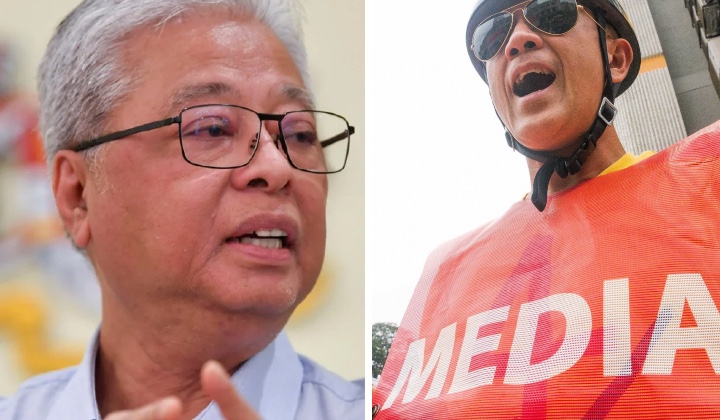 Prime Minister Datuk Seri Ismail Sabri Yaakob has called for a national journalist association to crack down on fake news.

He said there needs to be an effort to clean up online content and ensure that the country’s social media platforms screen out unverified information.

The establishment of the association will ensure that the ethics of journalism are preserved, while strengthening the profession and welfare of journalists.

He expressed concern that the news industry had been affected by internet platforms and public accounts, as well as unaccredited social organisations and individuals especially instant journalists.

The field of journalism often faces various obstacles and challenges, especially with the advancement in digital technology, which has produced many instant journalists.

Ismail Sabri said it is time for the people to open their eyes and see the duties and responsibilities of journalists in the media industry.

The Bera MP added that the media are essential to the country’s direction, whether from the political, economic or social aspects.

The Long, Hard Road To Gender Equality In Journalism

29 May was gazetted as National Journalist Day in conjunction with the first publication of a newspaper in Malaysia, Utusan Melayu on 29 May, 1939, which became the first media platform in Malaysia.

On 30 Nov 2021, the government agreed to maintain 29 May each year as National Journalist Day.

Awards were handed out to recognize the services and contributions of journalists in empowering and developing the country through their profession.

Netizens expressed disappointment that female journalists did not get the recognition they deserve.

It highlighted how little progress has been made towards gender parity in the industry that has notoriously favoured men down the decades.

Malaysia's National Union of Journalists told female reporters not to look too attractive so they don't get harassed. Yeah, they had to walk that one back. https://t.co/6cSZq9lBEG pic.twitter.com/3Zl6MDbmCw

Does Malaysia Have Freedom Of Press?

In February 2021, online news portal Malaysiakini was found guilty by the Federal Court of contempt of court and fined RM500,000.

1/ We are concerned by the Federal Court's decision today against @malaysiakini and the impact it will have on press freedom in Malaysia. pic.twitter.com/qgROAl9wcy

In the same year, Malaysia’s placing in the World Press Freedom Index compiled by Reporters Without Borders (RSF) fell to 119 from 101 in 2020.

The World Press Freedom Index, published every year since 2002, provides a ranking and analysis of media rights in over 180 countries worldwide.

For context, this is the worst drop in Southeast Asia.

Singapore down 2 and Philippines also down 2 but Thailand up 3 and Indonesia up 6! pic.twitter.com/gxYHcaGxye

In the past, the authorities had been criticised for arresting journalists over reports which put the government in a bad light.

Foreign journalists had also been deported from the country and prevented from doing their work.

Many media outlets are either owned directly by the government such as Bernama or owned by component parties of the Barisan Nasional (BN) coalition which formed the government until May 2018.

The Star, touted as the number one English daily in circulation numbers, is controlled by the Malaysian Chinese Association (MCA) which is a BN component party, though it is part of the publicly listed Star Media Group.