The driver stopped his car in the middle of a highway when rebuked by the passenger. 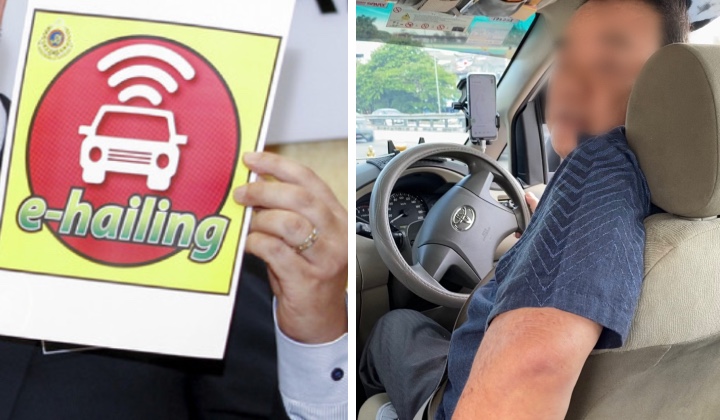 Harassment against women by e-hailing drivers has become increasingly visible in recent years.

Recently, a user named @sinowicked tweeted about her traumatising experience of being sexually harassed by an e-hailing driver.

She said the incident took place while the e-hailing was in the middle of a highway.

In her complaint to the e-hailing company, @sinowicked said the driver made lewd comments about her appearance.

When she confronted the driver over the disgusting comments, he shockingly stopped in the middle of the road and refused to drive.

The driver continued to drive when @sinowicked refused to leave the car, but in a reckless manner.

Feeling threatened and unsafe, @sinowicked open the car door an attempt to escape, which forced the driver to stop his car.

Taking Action Against The Driver

After alighting from the car, she managed to walk to the nearest petrol station and got another e-hailing car from there.

She said the driver continued to call her all sorts of names as she left the car, as well as saying she is lucky it was daytime or he’d drive her somewhere to rape her.

@sinowicked added that the driver does not care if she wants to make a complaint to the e-hailing company, as he drives a taxi.

The matter had been reported to the e-hailing company, and they apologised for the incident.

The company said it will handle the matter and leaves it to @sinowicked on whether to lodge a police report.

Several years back, a women-and-children-only transportation and delivery service was launched to provide better safety measure to passengers.

Despite safety features incorporated in ride-hailing apps – incidents such as the one encountered by @sinowicked are still being constantly reported especially on social media.

READ MORE: “I Pay You”: E-Hailing Driver Invites Girl To ‘Sleep’. Grab Says Such Behavior Is Not Tolerated

Netizens urge the e-hailing company to immediately take a strong action by terminating the driver.

They also called on the e-hailing company to tighten the ways it carries out background checks on drivers and improve safety measures.

My underaged refugee friend has been stopped and threatened by cops while she was in a Grab. They requested sexual favors in exchange for her freedom, only letting her go when the Grab driver stepped in. Fuck the system. #ACAB https://t.co/TJ8nPpNujN