The incident happened last year but is reposted as the theft is happening in the neighbourhood again. 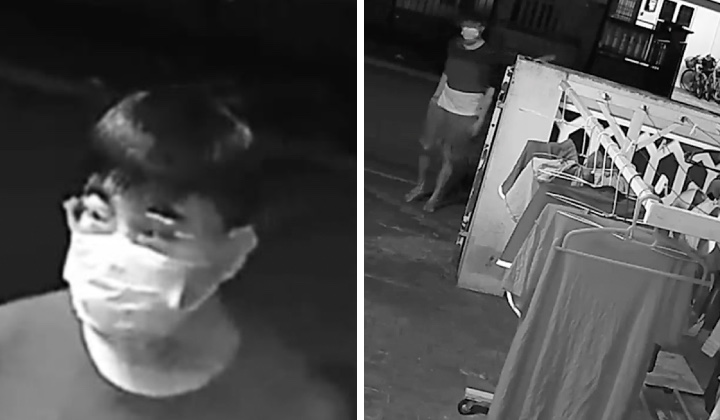 A thief in Kampar, targeting women’s underwear left to dry on clothes, has been caught on camera.

The incident is said to happened in Westlake, a student residential area nearby Universiti Tunku Abdul Rahman (UTAR) .

A CCTV recording of the theft was shared on Facebook by a netizen Angel Lee.

The footage appeared to show the man loitering suspiciously outside a house at night.

The suspect looked around before walking up to snatch a piece of women’s underwear from the clothes rack.

After that he stuck the underwear into his pocket and quickly left.

Lee said the man got into the property as there is no gate.

She also clarified that the video was recorded last year, but she put up the video again after a spate of underwear theft in the neighbourhood recently.

Netizens said what the camera recorded made them feel disgusted and uneasy.

They warned others especially ladies not to dry their inner clothings in the porch.

Netizens also urged any witnesses or the offender himself to come forward.

So far, it appears that the man had not been seen, except on the camera’s footage.

The man is described as Chinese, aged 20 to 30 years with spectacles and short dark hair.

Why Would Anyone Steal Underwear?

They say the disorder often begins in early puberty when a boy’s sexual urges grow.

As a result, he could get aroused by underwear and associates it with sexual pleasure.

He may develop an overwhelming need for such object, which led him to steal it, or worse.

Mostly, it is men who do such things.

Men, unlike women, feed their primal desire by watching pornography, hiring prostitutes and in this case, stealing panties.