Civil servants are being forced to use Bahasa Malaysia in international meetings and correspondence. 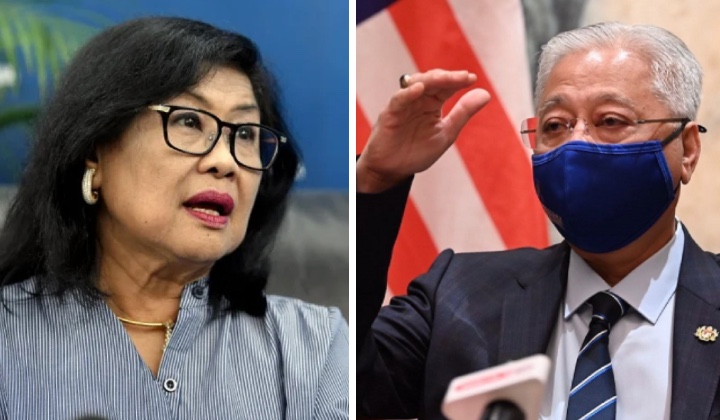 The government’s enthusiasm to use the Malay language on the international stage could result in Malaysia being marginalized.

Former Minister of International Trade and Industry (MITI), Tan Sri Rafidah Aziz, said this in response to a statement by Chief Secretary to the Government, Tan Sri Zuki Ali’s call for the Public Service Department.

Zuki has called for civil servants who do not use Malay at ASEAN and international levels to be punished.

He called for the move to be implemented in the civil service and other government agencies, including government-linked companies (GLCs).

Zuki echoed the call of Prime Minister Datuk Seri Ismail Sabri Yaakob who said Malaysians need to uphold the Malay language and prove that the mother tongue does not hinder the country’s progress.

He said this included in the aspects of research, publication and nurturing of the Malay language.#Malaysia #Language #Asean #Melayu #News #Bahasa #IsmailSabri pic.twitter.com/Lb1RKkvTl8

Rafidah said the punishment imposed for not communicating in English at the world level would make Malaysia a ‘bureaucratic pariah’ in ASEAN.

Rafidah, who made the statements in a Whatsapp message, added that the meaning of some words or sentences could be mistranslated, especially in significant and technical matters.

We should improve our level of proficiency in English and other related languages. I sympathize with MITI officials and other staff who deal with the foreign community

Tan Sri Rafidah Aziz on the importance of English in today’s world.

Rafidah, who led the ministry from 1987 to 2008, insisted that all its international communication be made in English for efficiency and effectiveness in delivering services.

She said English was a key driver in attracting quality investment to Malaysia.

Malaysia is an investment and business destination of choice where communication is handled efficiently and effectively.

Tan Sri Rafidah Aziz on why is English important in business.

She added that the private sector used to fete MITI with awards, but now its policies and focus, are considered outdated.

The 79-year-old former UMNO Wanita chief, once shortlisted as the prime ministerial candidate, said neglecting English is detrimental to the country.

“Air kosong “ is “empty water” according to this posting by Ministry of Health (KKM) . What a laughing stock n standard of English in Malaysia . A disgrace! pic.twitter.com/wFjkYzFCrC

She said the people, especially the young, were not fully prepared with new knowledge, information technology (ICT) and diplomacy.

They also lack the ability in language and communication skills to effectively deal with current needs, including at the world level.

Rafidah urged the nation to move forward and not backward, and to focus on important matters.

Using English In Daily Life Is The Best Way To Learn

Meanwhile, the G25, the group of influential Malays, said it supported the role and importance of the Malay language in uniting the country.

However, the importance of English as the universal language of the international community must be recognized.

Malaysia will suffer a lot if punitive measures are imposed on those who use English in their official duties in government departments.

G25 on civil servants communicating in English to gain a common understanding of problems and issues faced.

For example, in discussing the COVID-19 virus, Ministry of Health (MOH) officials can better analyze health crises using English because it is the language of the World Health Organization (WHO).

Similarly, in analyzing economic issues facing the country, officials in the central planning agency can understand each other better if they use English.

English is the language of the International Monetary Fund (IMF), World Bank and economic research institutes including in Malaysia.