Sam Lim was a dolphin trainer, a successful businessman and a cop who could speak 10 languages. 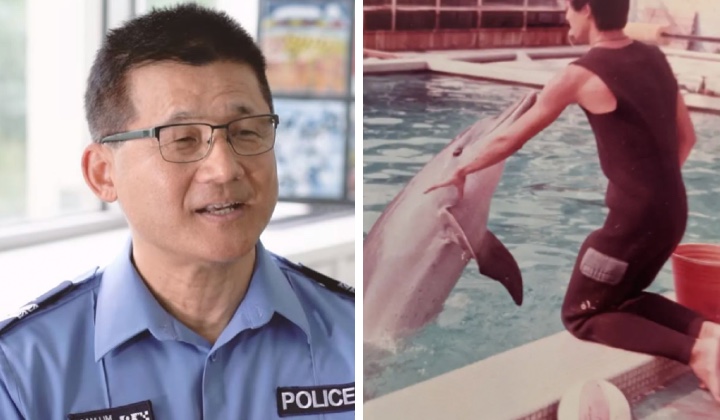 He won the Perth seat of Tangney in an unexpected result as his opponent Ben Morton is close to recently-ousted prime minister Scott Morrison.

In the federal general election, the victory ended a decade-long conservative rule backed by the Liberal-National coalition.

Lim’s success in the Western Australian region follows a wave of support for candidates who campaigned for more action on climate change.

Meet Sam Lim. He has won the seat of Tangney for the Labor. He is a former dolphin trainer & speaks 10 different languages.

I’ve checked the history books and I can confirm that Sam Lim is the first dolphin trainer to ever be elected to the House of Representatives#AusVotes22 pic.twitter.com/xE3m5VhGDr

Not Afraid To Try New Things

Lim is a former member of the country’s police, but he decided to look for greener pastures.

Being a policeman is “his childhood dream”, he told FMT, an ambition that was achieved in Malaysia before he left the force due to low pay.

I joined the police force in the 1980s. As a constable, I get RM275 a month and after deductions, there is only about RM180 left. I want to share my earnings with my parents, but it is too little.

Former policeman Sam Lim on his struggles with low pay.

Lim then trained dolphins for a while, before becoming a salesman, but since migrating to Australia in 2005, he has returned to doing what he loves.

He relishes visiting his hometown, meeting old relatives and friends, and enjoying roti canai and teh tarik.

Sam Lim, MP for Tangney says he was born in a poor family, living in a home with no power or water for the first 15 years of his life. He speaks 9 languages and was a dolphin trainer.

He says he loved it because dolphins "are so genuine, dolphins will never hurt you." #AusPol pic.twitter.com/1enCKY5vI9

Another Story Of Malaysians Who Excel Abroad

At 45, he joined the Western Australian police, passed physical and psychological tests and was placed on the front lines.

Lim became the first non-white individual to win the Police Officer of the Year award in 2020, in recognition of his services in a multi-racial community during the Covid-19 pandemic.

Lim is the second Malaysian-born to become an Australian MP in the federation.

Earlier, Penny Wong, born in Kota Kinabalu, Sabah, was elected as a member of the Senate, representing South Australia since 2022.

Wong was born to an Australian mother and a Malaysian father.

She moved to Australia in 1976, when she was eight years old, and settled in Adelaide following her parents’ divorce.

Wong has served as Senate leader of the Australian Labor Party since 2013, and since 2022, Minister for Foreign Affairs and Leader of the Government in the Senate under Prime Minister Anthony Albanese.

On my first day as Foreign Minister, I want to share some thoughts with our Pacific family.
Our region faces unprecedented challenges, but we will face them together.
We will achieve our shared aspirations together.
And we will listen because we care what the Pacific has to say. pic.twitter.com/he6p8G46eq

READ MORE: How A Perak Lass Became A Major Shareholder In One Of US’s Largest Electronic Factory