Apandi was ordered to pay RM80,000 in legal costs to Lim. 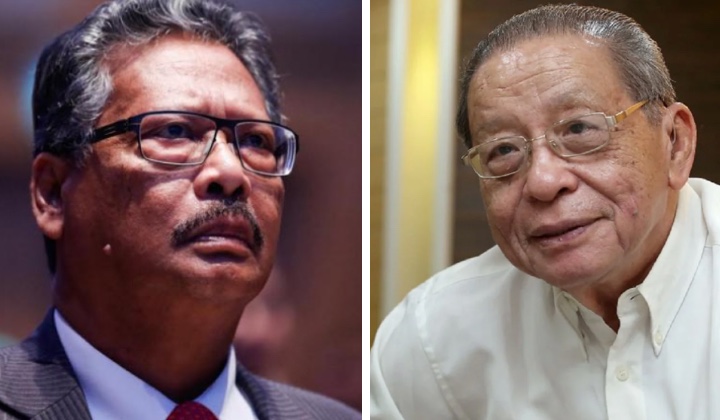 Lim had justification in making his statement urging former Apandi to explain his reasons for acquitting Najib Razak of the 1Malaysia Development Berhad (1MDB) case in 2016.

The Kuala Lumpur High Court decided the matter on Monday.

The judge, among others, said that Lim should raise the issue, especially given that former prime minister Najib was convicted by a separate High Court in 2020 in the SRC International corruption case worth RM42 million.

Azimah stated that Najib’s conviction was upheld by the Court of Appeal last year.

Struck At The Heart Of Apandi’s Personal Integrity

On 5 July 2019, Apandi filed a civil suit, claiming that on 6 May 2019, Lim had written an article allegedly defamatory.

Apandi claimed that the article, among others, implied that he was involved in the 1MDB financial scandal.

He said Kit Siang also painted him as an immoral person with no integrity, unethical, and abused his powers while being the attorney general from 27 July 2015 to 4 June 2018.

During the civil action trial in April last year, Apandi cried in court while testifying against the Iskandar Puteri MP.

In the civil suit, the justification is the defence that the statement or allegation is true. If successful in court, this will act as an absolute defence against legal action.

On 26 January 2016, Apandi, while holding the SRC fund flow chart during a media briefing, announced that no charges would be pressed against Najib, who was the prime minister at the time.

The two flow charts which Apandi held up during the press conference clearly reflected how funds which entered Najib's accounts were actually from SRC & not from Arab donations or any other source. pic.twitter.com/PO1CWCYBea

Apandi said the decision was based on an investigation conducted by the MACC. SRC is a former subsidiary of 1MDB.

While reading out the 100-page judgment, Azimah stated that Kit Siang’s article did not link Apandi to abuse of power.

The judge said Lim only said that there were further grounds for an investigation into the matter and the parties named in Apandi’s press statement to come forward to explain the unusual transaction.

Azimah stressed that Najib was charged in the High Court and the Court of Appeal.

The Defendant has succeeded in proving justification on the balance of probabilities. For the court, the judgment of (Mohd) Nazlan (Mohd Ghazali) remains as confirmed by the Court of Appeal.

Nazlan was a High Court judge who found Najib guilty in the SRC case.

So now, two individuals have been convicted in relation to the 1MDB scandal: Roger Ng in an American court, and Najib Razak (regarding SRC, a 1MDB subsidiary) in a Malaysian court.

Another individual, Tim Leissner pleaded guilty to his part in the crime.

Hybrid Court Is Changing How Justice Is Served

Earlier, Judge Azimah rebuked Lim for not turning up in court to hear the decision over the suit.

She said Lim should have known the law as he is an MP. Furthermore, as a defendant, he should respect the court.

She said the judge didn’t inform Lim that he must show up before the court.

We apologise for this. We thought that it would be sufficient that we are here, and he is available by Zoom if this court allows.

Apandi had sought aggravated, exemplary damages and RM10 million in general damages, an injunction to prevent Lim and his agents from publishing the alleged defamatory words again, and other relief deemed fit by the court.