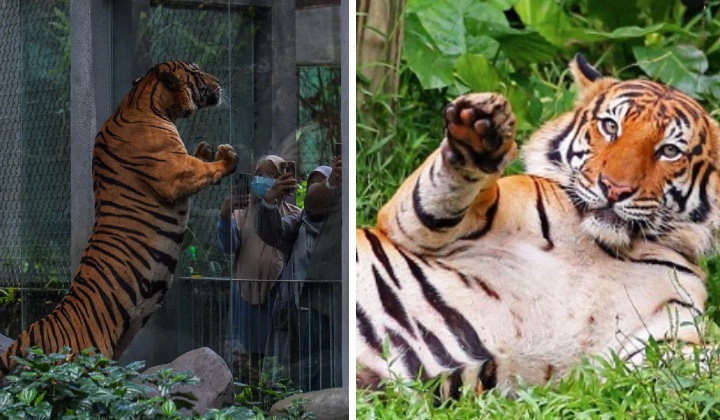 Police detained him at a security post in Jalan Tropika, Kemensah 3 after he made the claim which sparked fear among residents.

He added that the suspect, a foreigner, did not have a valid work permit.

The suspect is believed to be the person who spread the information about the sighting of the tiger. The police and the Departments of Wildlife and National Park Peninsular Malaysia are still carrying out further investigations into the claims made by the suspect.

Previously, a 52-year-old resident lodged a police report over an audio message viral via the WhatsApp mobile messaging app.

The audio message that warned the public about sighting a tiger in the neighbourhood was shared multiple times.

Residents were told to stay indoors and not go outside until the tiger is dealt with.

The complainant lodged the report after believing that the claim was not true.

The complainant also highlighted the lack of clear evidence to prove that there was a tiger in the area.

Police are investigating the case according to Section 233 of the Communications and Multimedia Act 1988.

Mohamed Farouk reminded the public not to spread false information that would cause the community to worry.

A security guard had claimed that the tiger was sighted near a lamp post at Jalan Tropika, Kemensah 3, around 45 minutes past midnight.

The Selangor Perhilitan Department tried to track down the tiger but failed due to a lack of information.

Zoo Negara had also confirmed that no tiger had escaped from its enclosure.

Can You Fight Off A Tiger?

Once the animal starts engaging, you are pretty much toast.

It’s best to stay mum if you happen to see a tiger.

Be still if possible and try not to get nervous to increase the chance of escape by moving in the opposite direction after the tiger has moved on.