The congestion related to passport matters is expected to continue for a few months. 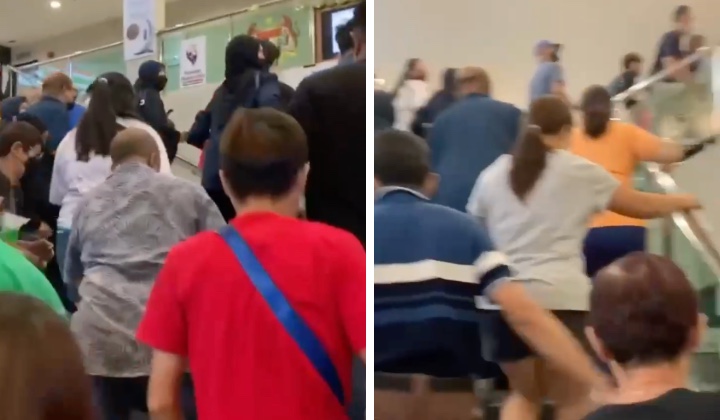 For some time, our passports can only be renewed online.

This means you won’t be able to renew your passports at the nearby immigration office unless it’s a special case.

Only people with certain criteria are allowed walk-in appointments, such as first-timers.

Thankfully, since 9 May, you can now walk in for your passport renewal again.

As if running for their lives, people dashed into the immigration office when the shutters opened at 7.50 am.

According to The Vibes, at least 200 were already waiting, some from as early as 5.30 am.

A makeshift queue was in place despite the premises being closed, with more people turning up later in the day.

A scene of the incident, recorded by netizen Prasanna Nethyananthan, had since gone viral on social media.

In accordance with the current Immigration rules and regulations, the validity of a Malaysian passport is no longer extendable.

In this regard, a new passport application must be made to replace the soon-to-be expired passport (at least six months before the expiry date.)

The Immigration Department has advised the public to do passport processing after working hours following the counter operating until 10 pm.

READ MORE: How To Renew Your Malaysian Passport Online

Live from the UTC in Pudu to get a passports done. We arrived at 9:15 a.m. It’s 10:28 and there has been no movement. According to the first person in line (here since 8), the officers are working on yesterday’s citizens. We have inched forward over the hour, because people left pic.twitter.com/LppAjrFhiM

The reason is to help crowds avoid the long waiting time, thus getting a more comfortable service.