They only spend 25 percent of Gross Domestic Product (GDP) on salaries. 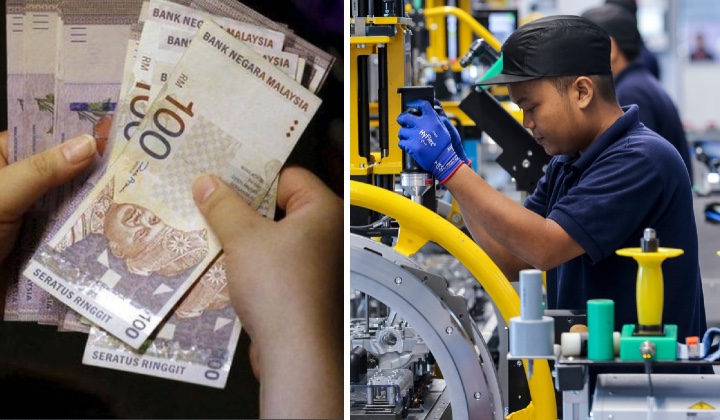 How much is a good salary in Malaysia?

If your income is below RM2,500 a month, you’ll have to live pretty frugally

Many people in Malaysia subsist on considerably less.

But the figure is among the lowest in the region compared to Singapore (40 per cent), Indonesia (84 per cent) and the Philippines (76 per cent) in the country’s major cities.

Malaysian Trades Union Congress (MTUC) president Datuk Abdul Halim Mansor said such a low percentage of payment did not make sense because the average employer could afford to pay more than the minimum wage of RM1,200.

Speaking to Utusan Malaysia, he said the government had assisted employers in various forms of assistance to regain lost income during the Covid-19 pandemic period.

They often say now is not the right time to raise the minimum wage to RM1,500 because of economic difficulties and Covid-19. This reason has become the standard, while the government has prioritized various types of assistance worth billions of ringgit.

When paying low wages, this opens up space for debt, employees are forced to waste time working overtime.

I find it funny; why the ones with RM15k per month for salary or with all the C, C, Cs in front of their job titles are always the LOUDEST in making sure the lowest wage permissible in Malaysia stays low?

As Malaysian employers only spend 25 per cent of GDP to pay the salaries of their employees, Malaysia has become the most stingy country in Southeast Asia, said Abdul Halim.

Still a sad story of wage and salary structure in Malaysia. 15 mil employees and if this is ever representative only 3 million is above 4.9k (with an upper limit of six digits figure I guess). No wonder only 2 mil is paying income tax. https://t.co/9WLoIhswT9

The Average Salary In Malaysia

The average salary in Malaysia is RM79,000 annually, while the annual minimum wage is RM19,815.

The average monthly salary in Malaysia varies wildly, depending on the education level, the employment sector, and especially between urban and rural areas.

The lowest salary grade is D29. It is the basic salary received by fresh grads from Sijil Perguruan.

For reference, Malaysia’s national poverty line is at RM2,208.

In April 2022, Malaysia’s new minimum wage rate of RM1,500 has been officially gazetted and will take effect nationwide starting from Labour Day.

SMEs, which are still struggling from the effects of the pandemic, will not be required to pay the new minimum wage yet.

Prior to that, the government only managed to raise the minimum wage once in 2020, but only in 56 city and municipality councils. The minimum wage in non-city and town areas was set at RM1,100.

According to econometric models, it is expected to reach RM3,920 per month in 2023.

What Is Malaysian Income Classification?

This is based on the Department of Statistics’ (DOSM) Household Income and Basic Amenities (HIS/BA) survey of 2019. HIS/BA is conducted twice every five years.

The T20 upper group represents the top 20% of Malaysians with salaries of more than RM10,970 and above.

The middle class in Malaysia is the M40 or Middle 40% group.

Based on the Household Income and Basic Amenities Survey 2019, the middle class in Malaysia earn between RM4,851 to RM10,970 per month.

B40 is the Bottom 40% of the Malaysian household income. They earn less than RM4,850 per month.