MBSA said it is investigating the matter. 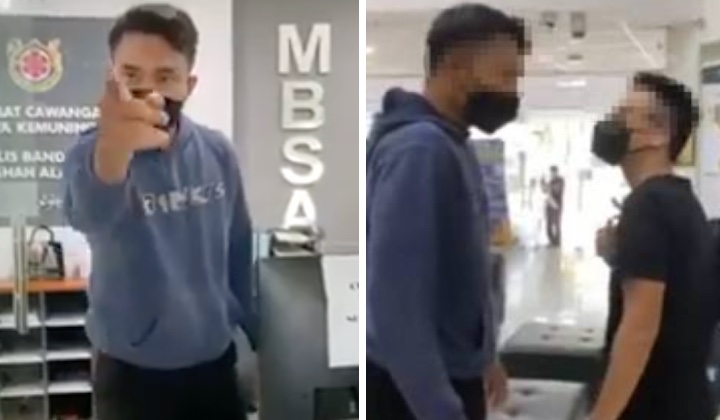 Recently, a civil servant and a customer argued at the Shah Alam City Council (MBSA) office in Kota Kemuning.

A one-minute, 38-second video showed a provocation between the two individuals but the real cause of the quarrel could not be determined.

Through the video recording, the staff and the individuals involved were dissatisfied with each other.

The staff then exited the counter and approached the customer.

They continue to trade verbal blows before being separated by another individual believed to be an MBSA staff.

Wow…gangster MBSA? Sack this idiot now. No excuses, no mercy. Behaves like an UMNO thug. pic.twitter.com/74qNvSEqNB

The video drew various reactions from netizens who said the duo should resolve the matter amicably.

Some netizens urged caution and not to make any assumptions.

They sarcastically remarked that the civil servant would get away scot-free and even be rewarded.

The comments are likely due to the past examples of how errant civil servants were dealt with.

Meanwhile, the MBSA Head of Corporate and Public Relations Division, Shahrin Ahmad, explained the fracas in a statement.

The incident occurred due to a misunderstanding regarding the queue number. The matter was resolved after the customer took his queue number and finally proceeded to renew his business license.

MBSA also apologized for the incident and promised to ensure that such things do not happen again.

The city council said it always welcomes any opinions and suggestions from all parties to further improve the quality of its services.