KPDNHEP said don’t worry as only non-subsidised flour is affected. 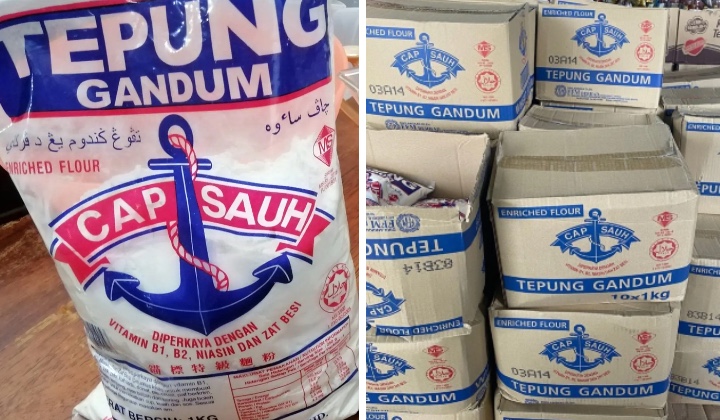 Retail shopkeepers in several states are said to have started rationing the purchase of wheat flour to avoid panic buying or being out of stock in the market.

Traders had expressed concern that flour could be running out of stock in July as they find it difficult to procure the supply.

A businessman, 34-year-old Mohd Hilmi Aiman, was quoted by Malay news portal Kosmo saying that the measures are meant to avoid losses.

He said the supply disruption was believed to be due to the Indian government’s restrictions on the export of wheat flour, thus affecting local consumers.

Before the festive season, the supply has been disrupted apart from the monthly price increase. This time I take it from the supplier for RM2.80 per kilogram compared to RM2.28 previously.

Businessman Mohd Hilmi Aiman on the price hike of flours.

Wheat Flour (Atta) prices are at a record high🤯
The prices are 9.15% higher than a year ago. 📈

In Melaka, Lim Chee Keong, 45, only sells certain flours for now, as it is challenging to get supplies for other brands.

The trader said the wholesale price for the flour is increasing, with the latest increase being RM7 or RM30 per box, compared to last year.

Now he only has supplies for Sauh and Ros brand flour.

In Kelantan, a wholesaler Mohd Zin Mat, 60, lamented that almost all the shops here have run out of government-subsidized wheat flour.

We sell wheat flour of various brands at a price between RM2.80 to RM3.40 per kilogram. I do not limit the purchase of wheat flour because the stock is large but expensive. It is up to the consumer to buy it.

A wholesale market manager in Bandar Sunway here, Nur Shafiqah Ibrahim, said it is challenging to buy wheat from suppliers, and most suppliers no longer have stocks of wheat flour.

Usually, suppliers always have stocks of wheat flour, but lately, it has been difficult for us to get supplies of raw materials.

Nur Shafiqah said the supplier also could not give certainty when the supply of raw materials would recover as usual.

Meanwhile, the Ministry of Domestic Trade and Consumer Affairs (KPDNHEP) stressed that the supply of wheat flour in the country is sufficient.

Allaying fears, KPDNHEP said the shortage of the material in the market only involves non-subsidized types.

He added that the ministry did not receive any report on the sudden price increase in subsidized general purpose wheat flour.

Wheat flour sold above the control price of RM1.35 per kilogram is unsubsidized.

Where Does Malaysia Import Wheat From?

Malaysia doesn’t produce any wheat and produces a small corn crop, leading it to import both for food and feed uses.

Rice remains its staple food and a lack of self-sufficiency makes it a big importer.

In 2020, Malaysia imported RM1.46 billion in heat, becoming the 38th largest importer of wheat in the world.

In the same year, wheat was the 109th most imported product in Malaysia.