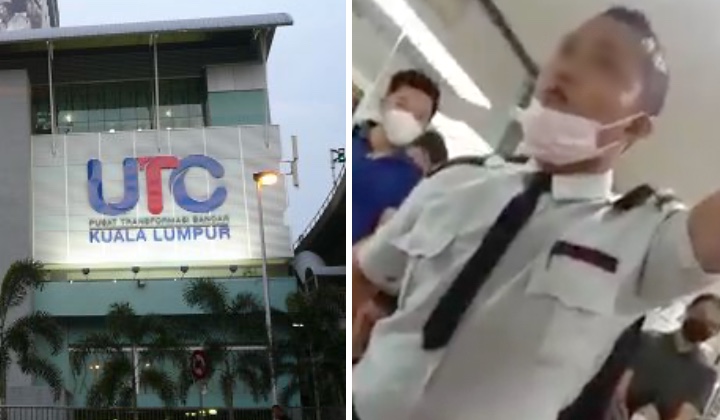 Two reporters of a news portal claimed they were harassed by a security guard who ordered them to leave the premises.

The reporter uploaded a video of a security guard shouting, demanding they immediately leave the area outside the immigration office at Urban Transformation Center in Pudu, where people have been queuing since early morning.

One of the reporters was later seen in the video asking the crowd if they had waited more than five hours, and those who were queuing then raised their hands.

The video was interrupted when the same guard seized a phone belonging to another journalist recording the scene.

One of the security guards at UTC has since lodged a police report on the matter.

In a Facebook post, they said the issue could be resolved professionally, but instead, the guards had committed intimidation and intrusion by taking the reporter’s phone.

Geramm said there should be criminal laws on any acts of intimidation and aggression against media personnel.

Meanwhile, the President of the National Union of Journalists (NUJ), Farah Marshita Abdul Patah, said serious measures were needed to protect the rights of journalists in the country.

Journalists have the right to report facts without hindrance from anyone. We urge all parties to stop harassing reporters while they are on duty. If we are prevented from carrying out the assigned task, the voice of the people will not be heard out there.

The guard was also condemned by netizens for behaving like a thug.

Najib described the establishment of the UTC nationwide as one of the government’s best innovations in serving the people.

He said the establishment of UTC was to ensure that the delivery of government services to the people was offered in the most innovative and creative methods.