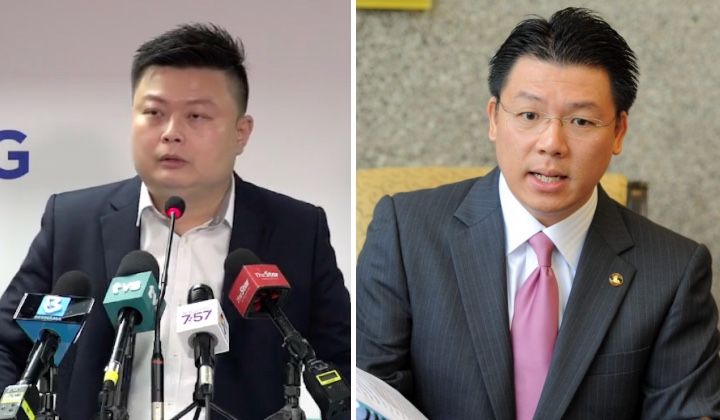 As if taking a cue from their former boss Datuk Seri Najib Abdul Razak, MCA has challenged its arch-rival DAP to a debate.

The issue at stake is the banning of electric scooters.

Nga and several DAP leaders had criticized the recent ban on micromobility vehicles on the road by the Transport Ministry as unreasonable.

Earlier in his press conference on Tuesday, Chong, among others, showed a video of the behaviour of electric scooter users in George Town who used them inappropriately.

I will be sending an invitation of debate to his office in Teluk Intan in the next two days. Let us debate and see how the public will react to his stance towards this.

MCA spokesman Mike Chong on his proposed duel with Nga.

If the challenge is accepted, it would be the next most anticipated debate after the duel between Najib and Opposition leader Datuk Seri Anwar Ibrahim on 12 May.

A Case Of David Vs Goliath?

Nga, who is Perak DAP chairman, is no stranger to Malaysian politics.

The former Dewan Rakyat Deputy Speaker hails from Ayer Tawar, Perak and holds a Bachelor of Laws from the University of Malaya.

An outspoken leader, Nga has attracted many accusations due to his remarks on various issues.

Meanwhile, MCA’s Chong has been vocal in speaking out against DAP on various occasions.

Besides being the spokesman of his party, Chong is also a committee member of MCA Central and MCA Youth.

He serves as a special function officer in the Transport Ministry under Datuk Seri Wee Ka Siong who is also MCA president.

MCA Spokesperson Mike Chong @Chong_yew_chuan highlights that DAP Segambut MP Hannah Yeoh seems only interested on MCA’s & MIC’s stance on RUU355, yet she is not keen to express her own party’s & PH’s view of the subject https://t.co/iitjD9sJrQ pic.twitter.com/SvZ3FEJjtr

This is not the first time that DAP and MCA would be sparring over a debate.

Both parties had taken to the rostrum on many occasions as they try to outdo each other in championing the Chinese community specifically and Malaysians in general.

In March, the highly anticipated debate between Wee and DAP’s Lim Guan Eng during the Johor election was cancelled after police denied approval for the event.

Has Wee Ka Siong chickened out after challenging Lim Guan Eng to a debate on Wee’s illogical cabotage policy❓Even though Guan Eng already suggested 23 Oct, there has been nothing but deafening silence from Wee. Is he scared❓🐔