The worker beat up the customer after he complained that the food was lousy and expensive. 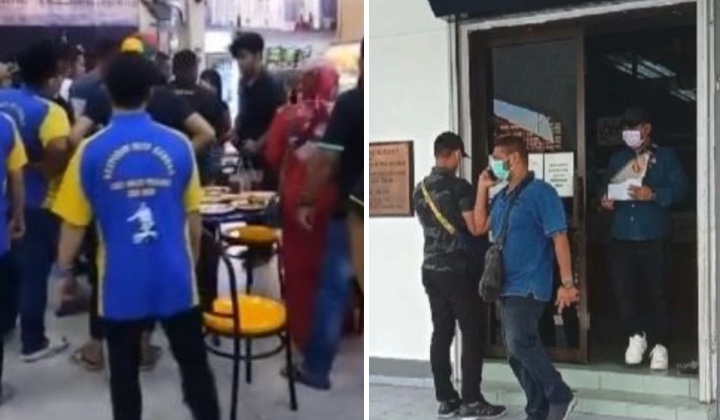 A nasi kandar worker who punched a customer at a restaurant in Bahau on 5 May was fined RM1,500 by the Magistrate’s Court today.

Mohd Isa Ramliee, 21, pleaded guilty to the charges read out by an interpreter before Magistrate Muhammad Hidayat Wahab.

According to the charge, the accused deliberately caused injuries to Muhamad Shahrul Nizam Mohd Yusni, 30, at a nasi kandar restaurant in Bahau on 5 May 5 at 1.00 am

The accused was charged with committing an offence punishable under Section 323 of the Penal Code.

If convicted, the accused can be sentenced to up to 12 months imprisonment or a fine of up to RM2,000 or both.

If he fails to pay the fine imposed, the accused can be jailed for nine years.

The case was prosecuted by Deputy Public Prosecutor Ahmad Loqman Judge Ahmad Khairie while the accused was not represented by a lawyer.

It’s Not Good To Get Angry

The incident had since gone viral on social media.

Netizens said both parties are to blame as they should know better that raging anger may lead to physical abuse or violence.

A person who doesn’t control their temper should isolate themselves from family, friends and in this case, customers.

Some people who fly into rages have low self-esteem, and use their anger as a way to manipulate others and feel powerful.

At the same time, netizens said the customer should have check food prices at the restaurant before ordering.

READ MORE: ‘Ikan Siakap’ Restaurateur To Be Taken To Court