The man was caught on CCTV. 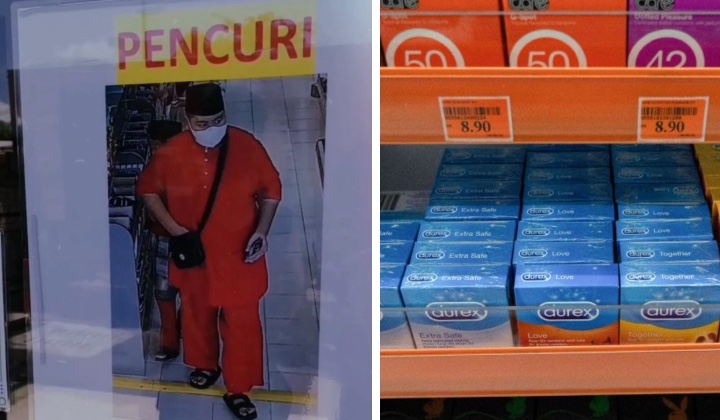 A man was caught shoplifting a packet of condoms from a convenience store.

The man was wearing a baju Raya and a songkok. He was also wearing a pair of sunglass.

A poster of the wanted man was put up at Eco Mart at PV18 in Setapak.

It is not clear how many packets of condoms he took without paying.

Netizens said he did the right thing in playing safe but shouldn’t have committed a crime in the process.

Others described the man as stupid and that he would come to regret his behaviour.

Some who worked in pharmacies said condoms are frequently stolen.