Turkish Airlines was kind enough to allow the karate team to fly on credit. 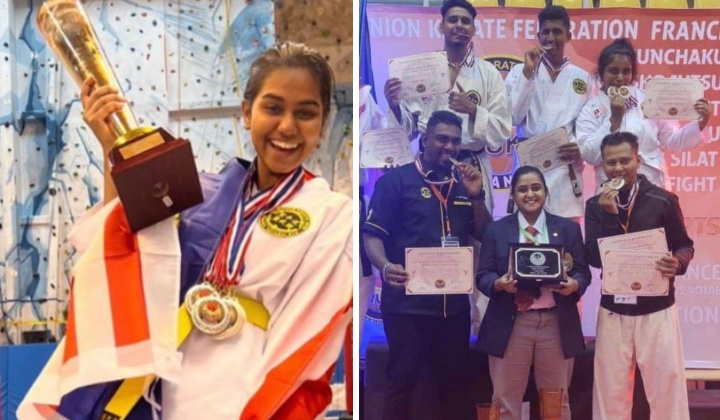 Despite lacking funds, a Malaysian karate team fought their way to success in the French Karate International Open.

It was their proudest career moment.

Each of the nine-member team brought back a medal in the tournament which was participated by 12 countries including karate heavyweights such as Japan and Italy.

The team was led by the president of the International Okinawan Shorin-Ryu Sei-bu-kan Karate Do Association of Malaysia (IOSSKAM), Minalochuni Pathmanathan.

The winners of the events are:

Minalochuni was quoted by FMT as saying that they were turned down by many when looking for sponsors, including Malaysian airlines.

She said the team were ‘humiliated’ when they tried to look for sponsors.

They said they did not have the confidence as the team was too young and also being managed by a woman. We only managed to raise about RM18,000 when we needed four times the amount. The team has proven them wrong.

Turkish Airlines To The Rescue

While local airlines turned them down, Turkish Airlines plucked them out of hopelessness.

The national flag carrier airline of Turkey, which is popular among many Malaysians, gave the team a shot by allowed them to fly on credit.

Team manager A Yasodharan also thanked a local travel agency for paying in advance for the trip to France.

The team also thanked MIC for helping them to fulfill their quest with a donation of RM10,000.

There were also other individuals which helped them out.

At the same time, he too expressed regret on how the team was treated with contempt and disdain.

In some instances, we were discriminated against and humiliated. And we were also left with empty promises with funds never being delivered. We had to use personal funds and loans to ensure the team participated in France.

Their struggles provoked an angry response from netizens.

Many thought that the Ministry of Youth and Sports (KBS) had bombed and failed miserably to address the needs of athletes.

Netizens also took a swipe at the local airlines for refusing to help.