Malaysians are continuing the trend of making beautiful Pixar films. 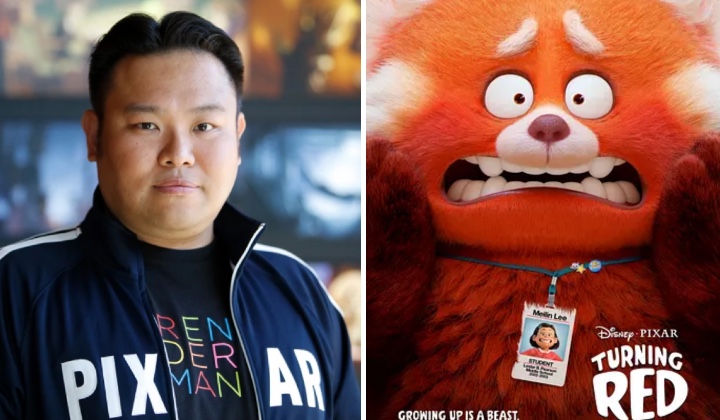 There are plenty of talented Malaysians who shine when they are abroad.

Among them are artists who are employed at Pixar, the animation studio owned by The Walt Disney Company.

These are award-winning animations by Pixar Animation Studios @Pixar.

Behind them are Malaysian directors, digital artists and animators.

Here are some of the amazing Malaysians who work at Pixar, a Walt Disney company in California, USA pic.twitter.com/hxScClZzmn

Lyon Liew, born in Malacca and raised in Singapore, is a Simulation Technical Director at Pixar Animation Studios.

The 41-year-old  is responsible for bringing clothing and other props to life and has worked on The Incredibles 2.

He has also been credited in other high-profile films such as Luca, Ready Player One and Coco.

Liew is also the technical director for the simulation of Turning Red, one of Pixar’s latest films and directed by Oscar-winning Canadian-Chinese animator Domee Shi.

A University California San Diego graduate,  the San Franciso Bay Area-based Liew is now in his fifth year at Pixar.

He also had stints with the Singapore branches of George Lucas’ Industrial Light & Magic and Lucasfilm Animation.

She's the first Malaysian ever to join Pixar.

Kiki has been there for more than 10 years and she first joined as an intern.

She works as Shading and Grooming Technical Director at Pixar. (Photo: HYPE) pic.twitter.com/VNFuEZQppx

Computer-generated imagery (CGI) expert Kiki Poh is touted as the first Malaysian to work at Pixar.

As a shading and grooming artist, the Johorean is in charge of working on the look of the characters, including their colour, texture, and material properties in the movies.

This means she has to look in detail to make the character realistic.

Starting as a trainee employee, she has now been there for over 10 years and holds the position of Technical Director at Pixar.

She was part of the workforce for the production of the films Toy Story, Monsters, Inside Out and Luca.

The Luca Crew was a unique ensemble of awesomeness.
Sometimes someone would show up at important milestone with things like these … that blew my mind!!! LUCA MACAROONS! By the amazing Kiki Poh and Andy Mai. As delicious as they look good.
#LucaWatchParty pic.twitter.com/cpGa54UQXV

Goh, originally from Kuala Lumpur, is the Leader in Layout (Camera and Staging) at Pixar and is one of the people behind Toy Story 4.

She is also the Technical Supervisor of Sonder short film.

Among Goh’s other works are Cars 3 and Incredibles 2, and her latest work is Netflix’s ‘Love, Death & Robots’.

Her work at Pixar involved determining the frame, camera angle, camera path and lighting of each animated scene.

Goh was previously accepted as one of the students under the Pixar Undergraduate Program and absorbed as a technical director trainee.

How Many Malaysians Are Overseas?

As of 2019, according to the United Nations Department of Economic and Social Affairs, the population of the Malaysian diaspora stands at 1,730,152.

Lack of career opportunities has been credited as among the many reasons why Malaysians are choosing to move abroad to places where their skills are actually valued and they can earn a decent living.

According to answers provided to an open-ended question included in the 2019 US Census, 38,227 people said that their ancestry or ethnic origin was Malaysian.

READ MORE: How A Perak Lass Became A Major Shareholder In One Of US’s Largest Electronic Factory

While many Malaysians excel in the United States, the three most popular countries that Malaysians normally choose to migrate to are Singapore, Australia, and Brunei.