The Vellfire driver showed skills not taught in a regular driving school. 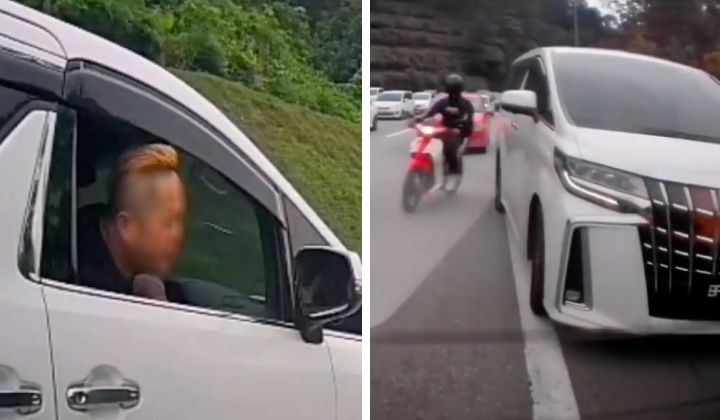 Every country has its bad drivers, and Malaysia’s worst can do the wrong thing and make it look so natural.

Recently, a viral dashcam footage posted on social media showed a Vellfire following a Myvi closely from behind.

It showed the Vellfire driver trying to veer left and right to overtake the car in front and repeatedly occupied the emergency lane.

The video was posted netizen Hassan Rabin who was driving the Myvi.

In less than 10 hours after it was posted, the video was shared more than 1,600 times.

In his posting, Hassan said the driver of the Vellfire should learn to queue like other road users stuck in a traffic jam.

He said all are equal on the road regardless of whether it is an expensive vehicle.

More Than Just The Dismissive Behavior

Netizens are critical of the Vellfire driver, and rightfully so.

The recent traffic accidents that had caused deaths sent chills down the spines of many and raised concerns.

Netizens urged Hassan to report to the police so that the Vellfire driver can be penalised.

Emergency lanes are called emergency lanes for a reason and if you don’t have a solid case, be prepared to fork out RM300 if you are caught by the authorities.

Some said he should make way for road bullies to avoid further troubles and let the authorities deal with them.

After all, road bullies had been known to get down from their vehicles to make a scene.

It is too sweeping to say that most drivers in Malaysia have low safety standards just because of one such accident.

But traffic accidents happen all too often during festive season and the loss of any life is one too many.

The authorities concerned must study the issue and reinforce road safety.