The lawyer could be convicted up to a maximum of two years for causing death due to negligence. 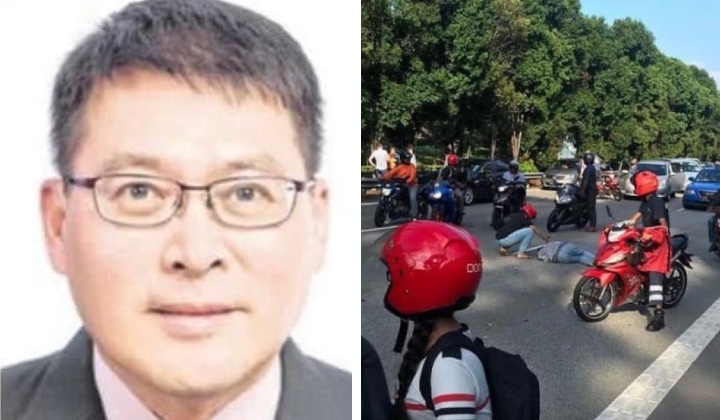 A lawyer was sentenced to two weeks in jail on Friday (29 April) for causing the death of a motorcyclist in an accident on Singapore’s Ayer Rajah Expressway (AYE) in 2018.

Singaporean media reported that Laurence Goh Eng Yau’s car skidded off the side of Wong Yew Wai’s motorcycle as he turned to avoid colliding with the vehicle in front of him.

The impact of the collision caused Wong’s motorcycle to slide into the lorry’s lane, thus being run over by the truck.

The deceased, 33, was pronounced dead at the scene.

Goh, now 57, pleaded guilty to one count of reckless driving earlier this month.

He admitted failing to ensure proper traffic conditions and keeping a safe distance from the car in front of him at the time.

Based on a search on Singapore’s Law Ministry website, Goh runs a law firm.

Those convicted of causing death as a result of negligent acts, without intent to cause death, can be imprisoned for up to two years, fined or both.

There was disappointment and surprise as netizens condemned the indictment as a major miscarriage of justice.

Some felt that Goh was basically getting away with murder.

The case drew reference to the situation of Sam Ke Ting, who drove into a group of teenagers riding on ‘basikal lajak’ (illegally modified bicycles) at 3am and killed eight of them.

She was sentenced to six years’ jail and RM6,000 fine for reckless driving.

The court had allowed Sam’s application to stay the execution of the jail sentence and  fine imposed by the High Court on 13 April.

She is also released on bail of RM10,000 with one surety pending the hearing of her appeal.

The incident has sparked much discussion about what makes up reckless driving and who is at fault.