We take our abundance of food for granted when so many can’t even feed themselves. 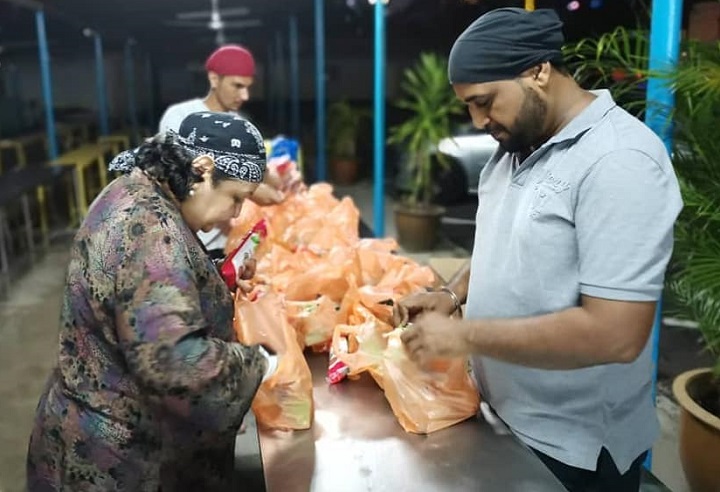 This amount can feed three million people with three meals a day.

In response, his ministry has launched the #JomTapau campaign, aimed at encouraging the community to value food and avoid waste.

Additionally, he also expects to see even more waste during the festive seasons, usually an increase of about 15%-20%!

But what can we do about it?

Understandably, festive seasons must include plenty of food for the celebrations. It would be best if the amount of food required was well-controlled, but just in case there are surplus left, what can you do about it?

Not to worry, there are plenty of Malaysian organisations and foodbanks that are more than willing to distribute surplus foods to the hungry.

The NGO is essentially a food bank where unwanted foods from the supply chain are rescued and then distributed to people in need.

The Lost Food Project also works with multiple grocery stores to save food that are near their expiry date or would have been otherwise trashed.

What A Waste does take donations of cooked foods, but they have a team of professional kitchen helpers to ensure that the food is well-packed and still good to eat.

Kechara Soup Kitchen serves freshly cooked food every day (except Sunday) to those in need. They also collect surplus groceries and food from hypermarkets to be delivered to needy families.

They have soup kitchen branches in KL, Johor, Penang, while they have food banks in other states.

KL SIKHS Community Services usually accepts surplus vegetables and groceries which they will then cook into delicious meals to be distributed.

However, they also accept donations of food items that are individually packed that can be easily distributed as well.

Throwing away food is a big waste of money, time, and effort to grow all the ingredients and cook them into delicious dishes, but also more importantly, it is a big waste of edible food that can feed hungry stomachs.

Let’s all do our part to save this important resource together!

No Bazaars, So Less Food Wastage Expected This Ramadan

This Penangite Is Saving Food & Money With One Simple Idea