The women continue to evade detection from law enforcement. 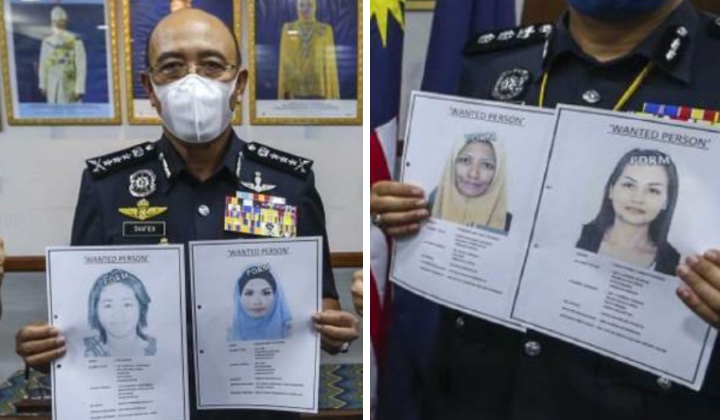 A group of eight women in Kelantan used plastic surgery to avoid arrest by police.

Kelantan police chief Datuk Shafien Mamat said the women had been on the run for 17 years.

Shafien said it is likely that the women are still hiding in the interior of Kelantan.

He said they had been moving from one location to another to avoid being tracked down and arrested by the police.

We are still looking for them and have contacted the police outside Kelantan to track them down. Some of them may have fled to Thailand and changed their identities to avoid being detected by the police.

Kelantan police chief Datuk Shafien Mamat on the women who went under the knife to escape the law.

He said those who fled to the neighbouring country might also be married to citizens there.

They are afraid to return to Kelantan for fear of being detained by the police.

Shafien was speaking to reporters when met at his office at the Kelantan Contingent Police Headquarters (IPK).

This matter is a challenge to us, but the police have never stopped to track them down. Police seek out their families, but they did not cooperate. They informed us that they have not been in contact with the suspects for a long time.

There had been rumours that he had been living a quiet, low-profile life abroad after plastic surgery.

#NSTflash IGP Tan Sri Abdul Hamid Bador reveals various 'ridiculous excuses' given by authorities in the country Jho Low is believed to be hiding in.

One of the excuses given is that Jho Low has done plastic surgery and now looks like a 'bear' pic.twitter.com/nw2b0aLYXa