The dancers were severely criticized for wearing singlets with songkok. 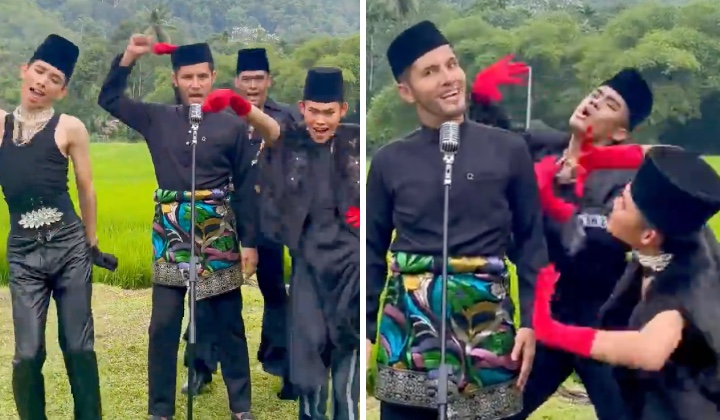 Aliff uploaded a teaser of the song on Instagram which had received more than 26,000 likes at the time of writing.

However, some netizens said they felt uncomfortable with the three background dancers in the video.

According to netizens, the three background dancers did not represent the image of Muslims because of their dress which was considered indecent.

They added that the dancing was excessive and such a video is not suitable for the public, especially during the holy month of Ramadan.

The transgender cosmetics entrepreneur allegedly fled the country to Thailand via Padang Besar illegally, before migrating to Australia.

A transwoman had to flee the country just to be free from religious authorities.

So if you see Malaysians talking ill about governance, understand where we’re coming from.

‘Malaysian transgender woman Nur Sajat: “I had to run away” – BBC News’ https://t.co/m4zlyYg3JJ

Adibah Noor: Tributes Flood In For Malaysia’s Queen Of Entertainment