Many tried to claim the money, but they could not state the exact amount. 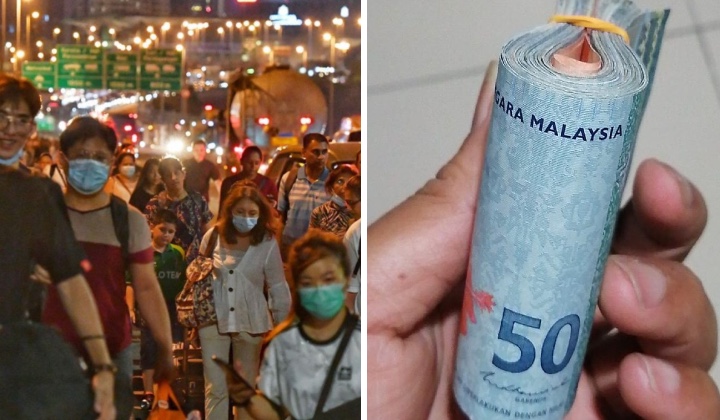 Imagine you are walking down the street and you see a bundle of money.

You pick it up and it has no indication of the owner.

Would you return it, and where?

Would you be guilty of stealing if you keep it? Are you a fool if you return it?

Contrary to what many of us assume about human nature, netizen Puteri Idayu decided to return a bundle of RM50 notes that she found.

She found the money at the parking lot of the Customs, Immigration and Quarantine (CIQ) Complex at the Malaysia -Singapore border crossing.

She posted about the lost money in the Malaysia-Singapore Border Crossers(MSBC) 马新过境者 Facebook page in an attempt to find the owner.

All the owner had to do is to tell her the exact amount of money in the bundle.

It Actually Matters That People Have Morals

The posting had since gone viral, with netizens praising her honesty despite no incentives for her to do so.

She gives hope that people are more inclined to be good, kind, honest and caring, rather than greedy, dishonest, selfish, unethical and self-interested.

At the time of writing, her posting had more than 1,200 comments and was shared more than 2,200 times.

Puteri Idayu said people had been contacting her to claim the money, but they could not provide the correct amount.

Hopefully, her example would make other people change their decision for the better if they ever found a wallet or money.

The world will be a better place when our actions are guided by ethical considerations and moral obligations toward others.