The UMNO lawyer is doing it in the name of justice. 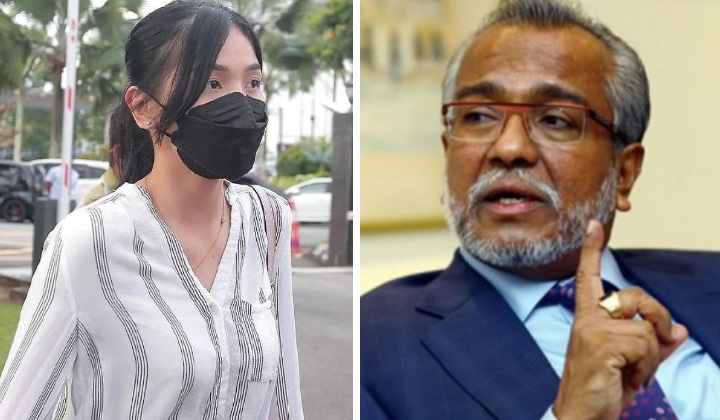 Hotshot lawyer Tan Sri Dr Muhammad Shafee Abdullah has offered to be the defence lawyer for Sam Ke Ting, who was jailed for reckless driving.

Muhammad Shafee is offering to help her pro bono as he feels that Sam is genuinely deserving of assistance.

Sam was sentenced to six years in jail over the 2017 deaths of eight teenagers riding their “basikal lajak” or modified bicycles in Johor Bahru.

I also feel that her appeal to the Court of Appeal needs to be heard expeditiously.

The Star quoted him as saying that Sam should be given leave to appeal, and pending the appeal, a stay of conviction and sentence should be granted.

Shafee said his action is guided by the principle of justice, and had nothing to do with race or religion.

I really hope that she will be bailed out as she has begun to serve her six years in jail.

Tan Sri Dr Muhammad Shafee Abdullah on the urgency of the matter.

Meanwhile, others had also offered to assist Sam including political parties such as DAP and MCA.

DAP legal bureau will offer pro-bono service should Sam Ke Ting decided to file an appeal in her case. She has been found not guilty twice by the magistrate court & she still has a right to appeal. It is highly unusual why her application for stay of sentencing is not allowed. pic.twitter.com/2UKzVVYwzl

The issue had caught the nation’s attention as the problem of basikal lajak remains unsolved.

Some noted that Shafee failed to prevent his client, former prime minister Datuk Seri Najib Razak, from being found guilty despite high expectations.

Najib: *points to Shafee* I have this hotshot lawyer defending me
Shafee: *sweats* who, me? *wishes he were anywhere but here* pic.twitter.com/Mtppl3muj1

On July 28, 2020, the High Court sentenced Najib to 12 years in prison and a fine of RM210 million after finding him guilty of misappropriating RM42 million in SRC International Sdn Bhd (SRC) funds.

The case is currently at the appeal stage in the Federal Court after the Court of Appeal upheld the High Court’s conviction and sentence.

At the same time, others urge Sam to accept the offer as it is free which means she has nothing to lose.

Shafee, who is facing a tax evasion and money laundering trial, is no stranger to controversy.

He clarified that the payment was to pay for RM20 million in fees owed to him for legal services rendered toward Umno and Barisan Nasional.

I don't know the intricacies of Serba Dinamik yet but the fact that they have UMNO lawyer Shafee, and terpalingislam PPIM goons on their side tells me they've been up to some shenanigans. https://t.co/RdctE86TnL

Lower Than Minimum Wage: There’s A Severe Lack Of Interpreters In Court Nowadays And Here’s Why