The allegation that the two diplomats would be sent to ‘cold storage’ is untrue, said the government. 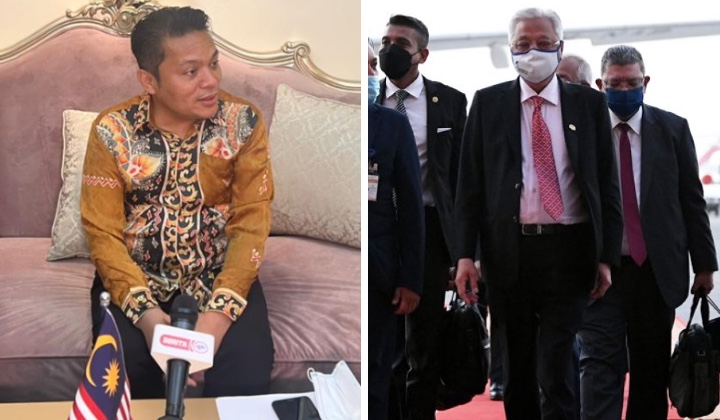 The allegation that both the Ambassador and Consul General of Malaysia to the United Arab Emirates (UAE) had been called back and reassigned to the Public Service Department (JPA) is untrue, said Wisma Putra.

Director-General of Public Service Datuk Seri Mohd Shafiq Abdullah said the two diplomats would be stationed at Wisma Putra and not the JPA, as reported by some media previously.

Mohd Shafiq clarified the issue during a press conference on Tuesday.

The two are the Malaysian ambassador to the UAE, Tarid Sufian, and its consul-general in Dubai, Hasril Abdul Hamid.

The duo were held responsible for the failure to manage the visit of Prime Minister Datuk Seri Ismail Sabri Yaakob to Dubai from 29 to 31 March.

Mohd Shafiq said Wisma Putra is working on arranging their return to Malaysia.

He added that being assigned to the ‘pool’ in the civil service’ is misunderstood and viewed negatively by the public.

Accordingly, civil servants placed in the ‘pool’ could happen to those waiting for a new placement or if they were on study leave.

Meanwhile, Mohd Shafiq said there are 29 vacancies for Malaysian heads of delegations abroad in a related development.

A meeting will be held on Wednesday to discuss filling 29 vacancies for the posts of heads of delegation. Our diplomats are deployed abroad to defend and safeguard Malaysia’s interests in the international arena and ensure foreign policy continuity.

A group of former ambassadors had spoken out against the handling of the situation.

Former ambassador to the Netherlands, Datuk Noor Farida Mohd Ariffin, told FMT that many of her former colleagues were “outraged”.

In response, they plan to write a letter of protest to Wisma Putra following the fiasco.

“We are all outraged that the foreign minister is not defending his turf,” she said, referring to Datuk Seri Saifuddin Abdullah.

Norida, who is also Group of 25 Eminent Malays (G25) spokesperson, said people are unhappy with the minister and “non-performing officers” at the Prime Minister’s Office.

At the same time, Noor Farida and her former colleagues also vouched for Tarid.

They all say that he is a competent diplomatic officer who should not have been treated in such a shabby manner, especially when the debacle was not his fault.

Former ambassador to the Netherlands, Noor Farida Mohd Ariffin, in speaking out for Tarid.