Indonesia said Malaysia must stop mistreating its people who work as maids. 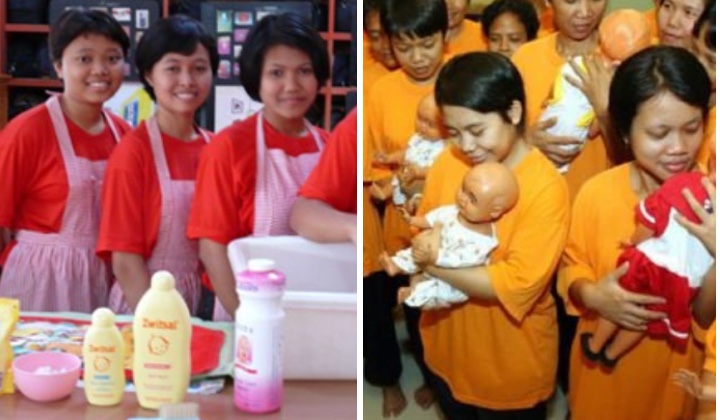 Indonesia is working to gradually stop sending its citizens to Malaysia to work as maids.

Indonesian Ambassador to Malaysia, Hermono, was quoted by Malaysiakini as saying that Indonesian maids were vulnerable to abuse and forced labour.

Hermono said Indonesian workers would instead be encouraged to focus on the formal employment sector.

Hermono said Indonesia aims to achieve zero maids by 2017. However, the objective has not been achieved.

Indonesia will stop it in stages, starting in countries where its workers face human rights violations.

In Malaysia, the two countries recently signed a memorandum of understanding (MoU) on the recruitment and protection of Indonesian maids in Malaysia.

It ensures that Malaysia complies with provisions and processes to help protect its foreign workers from becoming victims of abuse.

Indonesia Upset Malaysian Police Protecting DAP’s Paul Yong)
Indonesian government seems to be a bit upset that the investigation was not carried out according to the rule of law so espoused by the… – https://t.co/CbpjoRfjPJ pic.twitter.com/lVJFPvnUZm

Indonesian maids have been essential part to the nation’s workforce.

They are perceived to be more “well behaved” and easy-going. Some employers also commented that they are good with household chores.

Hermono said Malaysia’s seriousness and commitment to the MoU reflects an important moment in relations between the two countries.

He said it would be used as a benchmark for future bilateral agreements implemented with other countries such as Kuwait, Saudi Arabia, the United Arab Emirates and Brunei.

We are committed to ensuring that an MoU is implemented in countries whose local laws do not adequately protect the rights of domestic workers. The Malaysia-Indonesia MoU is the most progressive maid rights document that we have managed to do with another country.

Indonesian Ambassador to Malaysia Hermono on the MoU’s importance.

Maids are set to receive a starting salary of RM1,500, and continued failure to pay employees’ wages will entitle them to terminate the contract.

Hermono said Malaysia needed to change their perception that Indonesian maid services were cheap, easily deceived and bullied, and would not make a fuss if salaries were not paid.

We set a new level, and it is high. If employers find the provisions in the MoU unreasonable or salaries are too high, they can take their employees from other countries.

Indonesian Ambassador to Malaysia Hermono on setting a new benchmark on the welfare of maids.

Hermono said during the talks, Indonesia had asked for all matters relating to ordinary abuse and forced labour faced by Indonesian maids to be addressed in the MoU.

He pointed out that migrant maids in Malaysia face the problem of unpaid salaries, working long hours without a break and withholding wages for years, sometimes up to 10 to 15 years.

He added that the provisions in the MoU were reasonable, reflecting good work guidelines and in line with International Labor Organization (ILO) standards that may be new to Malaysian employers.

The memorandum does not indicate that Indonesia is asking too much from employers, but it protects the rights of employers and employees.

Indonesian Ambassador to Malaysia Hermono on the MoU being fair and just.

Indonesian Maids Too Pricey For Malaysia

Meanwhile, Human Resources Minister M Saravanan said the government has not agreed to a salary of RM1,500 for Indonesian maids as stated in the MoU with Indonesia.

He said that during discussions with Jakarta, the government did not agree to pay a maid RM1,500.

The minimum wage in Malaysia at that time was still RM1,200.

I cannot agree with RM1,500 even though Indonesia has urged us to increase it. If the employer can pay RM1,500 then it is up to them. But the MoU starts with RM1,200.

Human Resources Minister M Saravanan speaking on the MoU during a press conference.

He said, however, the salary of Indonesian maids would increase to RM1,500 in line with the increase in the minimum wage on 1 May.

An additional 5% of the total unpaid wages is added as compensation if wages are not paid on time.

Netizens are urging the government to be transparent on the costing mechanism for hiring maids from abroad.

Employers are paying RM30k now to Maid Agency to bring in a maid and that’s excluding the salary.

Where did this 30k go? It sure didn’t go to the maid

Saravanan needs to stop beating around the bush https://t.co/6WeicbKxB4