The government is trying to balance the rights of owners and tenants. 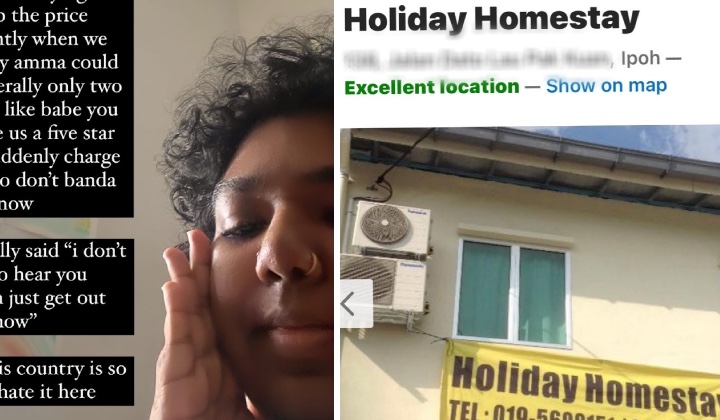 The issue is an obstacle to individuals or families who want to rent a house, as homeowners only want to rent their homes to certain races.

Recently, an Indian lady shared her unpleasant encounter with a Chinese landlord.

The lady with the Twitter handle @qvkrl wrote about the discrimination faced by her family when renting a homestay in Ipoh.

She said the homeowner, a Chinese lady, has bullied, harassed and verbally abused her and her family members.

Update: In past two days, this Chinese lady has bullied, harassed and verbally abused me, my amma and my patti. And all because I said “your floors are a little dirty”. I’m fucking tired. pic.twitter.com/unQqJPPPLX

Accordingly, it all started when she commented that the floors were a little dirty.

She claimed that the homeowner started making racist slurs and that Indians are cheats and liars.

She added that the experience justified the family’s mistrust and hatred towards the Chinese.

The Chinese, she said, are hypocrites because they would talk about racism in the west and yet commit the same mistakes themselves.

She also blamed the Malays for being just as guilty in her rant.

The incident prompted others to share their experience of discrimination because homeowners tend to be against certain races.

There were also incidents of homeowners stating that they did not want to rent out houses or rooms to foreigners.

RE: rental racism. I’m half Malaysian Chinese and can still CONFIRM my family dealt with consistent rental racism from Chinese homeowners, because of Dad’s Indian heritage.

At the same time, some said homeowners have the right to safeguard themselves against irresponsible tenants.

They noted that such homeowners are likely to have had a bad experience in the past.

The practice of homeowners who openly advertise racial preferences and other biases has been ongoing for years, but no solution is in sight.

The country does not yet have a law on residential rent expressly to guarantee the rental market.

Most tenants and landlords rely on rental agreements to demonstrate responsibilities and obligations between owners and tenants.

Trustee of Yayasan Perpaduan Malaysia, Tan Sri Lee Lam Thye, said that such an act should be enacted to ensure the rights and justice of both parties are protected.

He said that in the past, homeowners had the right to determine the tenant and the amount of rent.

Meanwhile, the Ministry of Housing and Local Government (KPKT) had been urged to enact the Residential Rental Act (RTA).

The RTA will help address racial discrimination between tenants and homeowners.

In November 2021, the RTA was proposed to be tabled this year with measures to curb discrimination in the rental market.

Speaking in the Dewan Rakyat, Housing and Local Government Minister Reezal Merican Naina Merican said the ministry would look into such discrimination.

Reezal Merican said the ministry held discussions with stakeholders to get feedback.

The Cabinet agreed in principle to table the bill in Parliament in the first quarter of this year.

KPKT will conduct an in-depth study into race discrimination in Malaysia’s rental market, ahead of the tabling of the proposed Residential Tenancy Act next year.