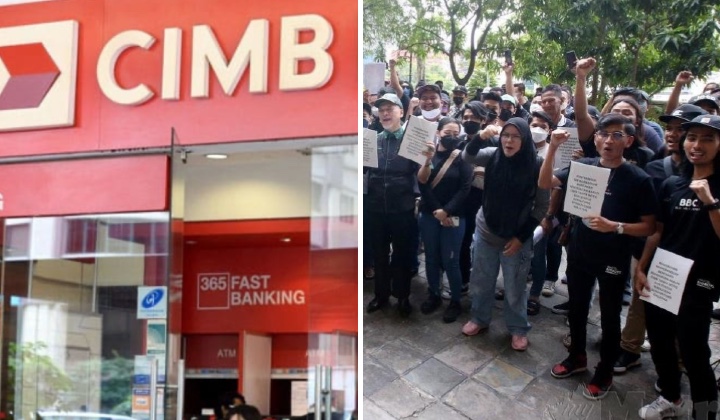 Some 650 CIMB account holders have filed a suit amounting to RM650 million against CIMB bank on a class-action basis.

They are suing the bank following the issue of processing errors that caused their accounts to be frozen.

According to FMT, the claim also includes costs to cover the risks faced by account holders.

The bank was said to have taken around RM1,007,702.91 from the customers’ accounts as per its debt recovery process.

What Is A Class Action Suit?

Class action suits are simply civil lawsuits with one key difference – the plaintiffs.

In the complaint of a class action suit, the plaintiffs would claim to represent a class of people who had been supposedly aggrieved by the defendants.

Thus, the plaintiffs are seeking the court’s intervention to arrive at a proper solution.

Should the court decide in the plaintiff’s favour, then everyone in a similar predicament (that is, the same ‘class’) is entitled to a claim on the award.

In this case, the customers are demanding a minimum of RM1 million in compensation for each affected account holder.

They also applied to the High Court to revoke the account freeze seven days after the decision.

The customers are also seeking other general, exemplary, and aggravated damages with an interest of 5% per annum from the day the suit was filed and costs.

If the plaintiffs lose the case, they alone would have to bear the costs awarded by the court.

Under Malaysian law, class action suits are known as ‘representative action’ suits, and are provided for under Order 15, Rule 12 of the Rules of Court 2012.

The primary purpose of the claim is to defend the rights of CIMB account holders who are affected due to money restrictions and a certain level of debt.

The bank’s action to debit money from the account is illegal and violates the rules involving financial institutions in the country.

It is also seen to conflict with the regulations of Bank Negara Malaysia (BNM).

According to lawyer Nazmi Mohd Zaini, who represented all 650 account holders in the lawsuit, he would apply for a similar suit as filed last month by 12 account holders against CIMB to be tried alongside the latest case.

26 people were named to represent the 650 account holders in the latest suit.

Previously, CIMB had executed a counter-suit against 12 individuals, seeking a total of RM1.39 million following the failure of consumers to notify the inadvertent credit entry in their accounts.