The suspect escaped with RM1,600 in cash. 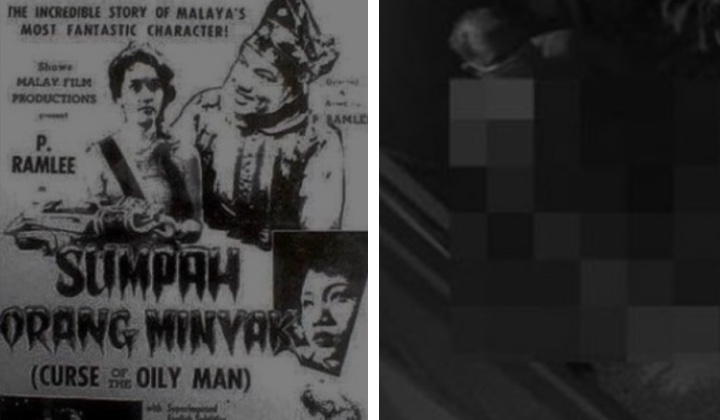 Police are looking for a man who wandered around naked like an ‘orang minyak’ before committing a burglary.

Shah Alam District Police Chief, Assistant Commissioner Mohd Iqbal Ibrahim was quoted by Sinar Harian as saying that the incident happened around 3.30 am at a house in Section 20.

The victim, a woman, was sleeping with her daughter in the living room.

She woke up due to a glare on her eyes, which made her aware of the suspect’s presence.

The victim’s screams caused the suspect to run out of the house immediately. Her husband rushed from the bedroom towards his wife but found that the suspect was gone.

The victim suffered a loss of RM1,600 in cash, stolen by the suspect.

Mohd Iqbal added that a video showing the suspect wearing a face mask and naked, wandering in the Section 19 housing area, had gone viral.

He said efforts to hunt down the suspect is in full swing.

He said that any individual who has more information could contact the Assistant Investigating Officer of the case, Sergeant Mohd Shafarulrazi, at 010-8889910 or 03-55202222.

The case is being investigated under Section 457 of the Penal Code.

The Legend Of Orang Minyak

In Malaysia, many myths or legends about ghosts and supernatural beings abound.

One of the most well-known is the urban legend of the orang minyak.

Jet black, sticky, and naked, the orang minyak was so famous that it was made into a movie named Sumpah Orang Minyak in 1958.

The orang minyak is said to have the ability to enter a locked house easily.

In addition, the orang minyak can quickly disappear into the night if chased because his body was smeared with shiny black oil.

The orang minyak can also cling to the ceiling like a lizard.

Contrary to popular belief, the orang minyak does not exist in historical Malay folklore.

The orang minyak (meaning "oily person") is said to be a man whose body is covered in black oil, making him hard to see in the dark and too slippery to catch. He's said to kidnap young women https://t.co/h8Dl0EO0Sf pic.twitter.com/GssykyiuBV