The TikToker offered to give away a total of RM1,000. 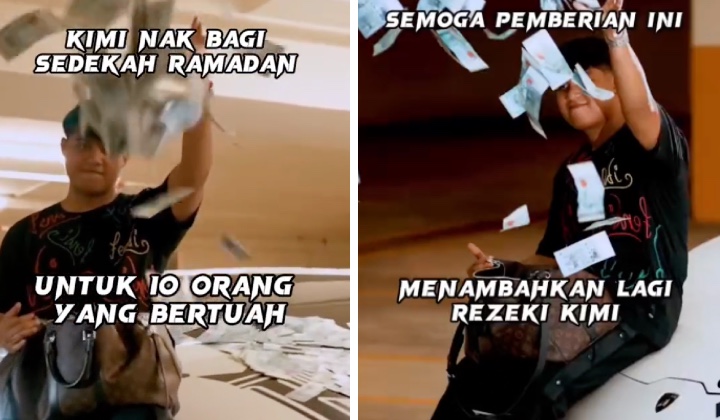 Ramadan is a time when Muslims around the world fast and focus their attention on giving to charity.

But there’s a balance between respectfully giving, and giving respect.

A TikTok user @kimitrader was criticised after he offered to give away RM100 to 10 lucky people in conjunction with Ramadan.

While his intention is good, netizens felt that @kimitrader, who is also a forex trader, lacked humility and respect.

In the video, the young man threw RM50 notes into the air while showing off his luxury car.

Not happy with the distasteful act, many netizens left comments criticizing the actions of the young man.

They said the TikToker failed to embrace Ramadan’s spirit of gratitude and humility.

They also felt he was merely trying to show off his wealth and the offer to help others was just for fun.

In fact, some even called for the Inland Revenue Board (LHDN) to check whether the young man paid his taxes.