She had to take the matter to Bank Negara Malaysia to resolve it. 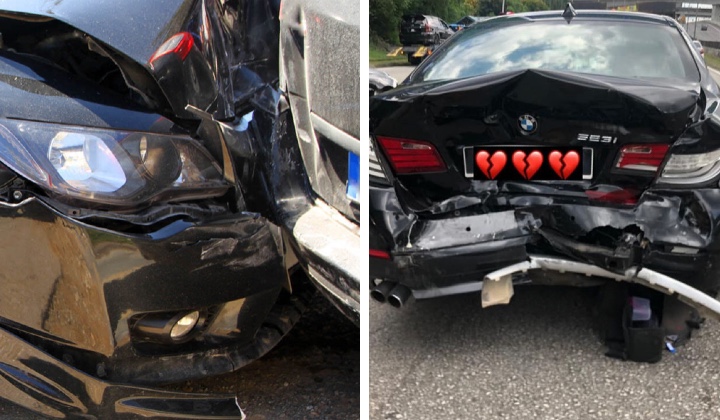 A woman shared how she was almost cheated by the insurance company when she made a loss of use claim for her car.

Loss of use is a compensation when the insured’s vehicle is being repaired after an accident or if the vehicle was stolen.

Her 2,500cc BMW was involved in a collision which damaged the rear of her vehicle a few months ago.

Fatiha Ziqra shared on her Facebook that her car was badly damaged and had to be put in a workshop for 98 days to be repaired.

At the end of the repair, she received the BMW in good condition.

However, when making the lost of use claim, she was informed that the claim was only approved for less than RM1,000.

The reason is because the insurance company thought the time needed to repair the BMW was only 76 hours, or 3 days 4 hours.

It came as as surprise to Fatiha as it should be more than 50 days (at RM50 per day) based on her calculations, after deducting public holidays, weekends and delivery of spare parts.

No one in a sane mind would say it will take only 76 hours after looking at my car condition.

Car owner Fatiha Ziqra on the absurd calculation for her vehicle’s loss of use claim.

Even more absurd was the reason given by the insurer when asked to detail the calculation of the repair hours.

Fatiha also enquired if the calculation was based on guidelines set by the authorities.

Accordingly, the insurer push the blame to the adjuster, who pass the buck to the upper management.

In other words, they were unable to produce any guidelines on how the calculation was made.

After she wrote to complain about the issue, Fatiha received an email on her claim.

The emails informed that her lost of use was extended by 14 days with another 14 days added in, making it a total of 28 days.

Dissatisfied with the claim, Fatiha, who is also a doctor, sent another letter.

But this time, the letter was also sent to several parties, including Bank Negara Malaysia (BNM).

Miraculously, her full claim was approved shortly after and the money was credited into her account after two days.

As a consumer, you have the right to receive fair judgement which includes compensation for your purchase of good or services received.

Fatiha had wanted to share her experience so that others can protect themselves from scams and fraud by ensuring that businesses can be held accountable.

Netizens shared that they had similar experience but ended up accepting a much lower amount as they did not know how to voice their grievances.

They lamented how unscrupulous insurance agents would take advantage of unknowing customers.

At the same time, netizens also asked for tips on how to write to BNM.