The van driver asked the young girl for her number and liked patting her lap. 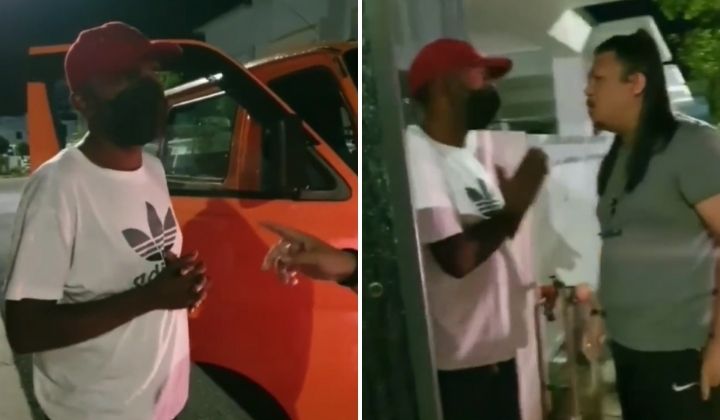 Parents do what they can to keep their children safe. However, parents are also humans and they can’t protect their loved ones from everything.

A father recently shared on Facebook about an incident when his 11-year-old daughter was sexually harassed by a school van driver.

Tuan Amir Danau’s wife told him that their daughter suddenly refused to go to school using the school van.

Their daughter wanted someone else to send her to school instead. To make things hard, she wouldn’t tell her mother the reasons why.

The truth comes out

This made Tuan Amir curious so he called his daughter and told her to tell him everything.

With tears in her eyes, she told her father that the van driver liked to touch her inappropriately such as pinching her cheeks and holding and rubbing her hands.

Tuan Amir said the van driver dared to do this because his daughter was always the first passenger in the morning van route.

On the first day riding in the van, his daughter sat at the back of the vehicle. The van driver told her to move in front and started talking to her and asked for her name.

On the second day, he started touching her hands and patted her lap.

On top of that, the van driver also asked the young girl for her Whatsapp number and liked to send her messages.

His daughter dare not tell him what happened during the rides to school.

Tuan Amir felt his blood boiling when he heard all of this and immediately called another driver who recommended the current driver to him to find out more.

The other driver admitted that there have been cases and the driver in question liked to message another student’s mother.

In fact, Tuan Amir said the driver did call his wife several times, including video calls.

The day of confrontation

The next morning, Tuan Amir confronted the van driver. During the conversation, he allegedly pushed the driver’s face to the side while demonstrating what the van driver did to his daughter.

He recorded their encounter as proof so that the van driver couldn’t change or spin the story.

puas hati tengok abang ni stand up for his daughter who was sexually harrased by the van driver.

At first, Tuan Amir didn’t want to lodge a police report because he pitied the van driver’s family.

However, he finally made a police report when he thought about the other victims who had no one to stand up for them.

According to Astro Awani, the police have arrested the 41-year-old van driver around 2pm yesterday, 30 March. The case is investigated under Section 14(a) of the Sexual Offences Against Children Act 2017.

Tuan Amir ended his post by reminding parents to believe their children because they will be confused when situations like these happen.

Tuan Amir added that sexual harassment, sex grooming and paedophilia should not be taken as light issues because it concerns a child’s safety.

Netizens said he did the right thing

Netizens thanked him for standing up for his daughter and said he did the right thing.

They were glad that his daughter dared to tell him what happened. Netizens also pointed out that Tuan Amir was patient enough while conversing with the van driver in question.

However, they wondered why the other driver recommended this van driver to Tuan Amir when there were already previous cases.