Netizens want the best and most deserving athletes to be selected to represent the country. 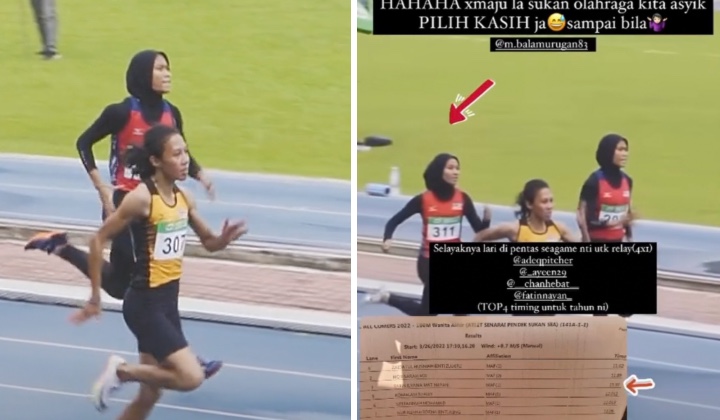 Netizens are hoping that young runner, Fatin Ilyana Mat Nayan, will be included in the 100-meter quartet to the Vietnam SEA Games, in Hanoi this May.

The Langkawi, Kedah-born runner recorded a time of 11.97 seconds when she grabbed the bronze in the 100m final at the KL All-Comers tournament last week

Netizens felt that Fatin is eligible to make her debut in the biennial games in Vietnam based on her current performance.

They took to social media to voice their grievances, including a post by Twitter user M.K. Izzuddin.

Claiming that Fatin was not selected, he appealed to Youth and Sports Minister Ahmad Faizal Azumu to intervene.

His sentiment was echoed by netizens who hotly debated and criticized the issue.

They said the selection should be fair, transparent and without partiality.

Many just cannot accept that injustice is part of the sporting experience.

At the same time, netizens pointed out that some athletes are selected despite failing to meet the qualifying criteria.

Muhammad Haiqal Hanafi is on the list of the national athletics team although he will only compete in the 4×100 meter event.

Despite winning the men’s 100 meter event in the Malaysian Open Athletics Championships recently, it is still not enough for Muhammad Haiqal to qualify on merit.

At the competition at the MSN Mini Stadium in Bukit Jalil, Haiqal, 23, who represented the Negeri Sembilan team won gold after recording the fastest time of 10.58 seconds.

However, the record is still far behind with the minimum qualifying limit to Hanoi of 10.52s – the record of the bronze winner of the last edition of the SEA Games in Manila in 2019.

Meanwhile, the Malaysian Olympic Council (MOC) has also spoken out on the issue of selection.

OCM reminded all national sports associations not to be partial in selecting athletes for the national contingent.