They feared the Ford Ranger would endanger other road users as the driver was said to be drunk. 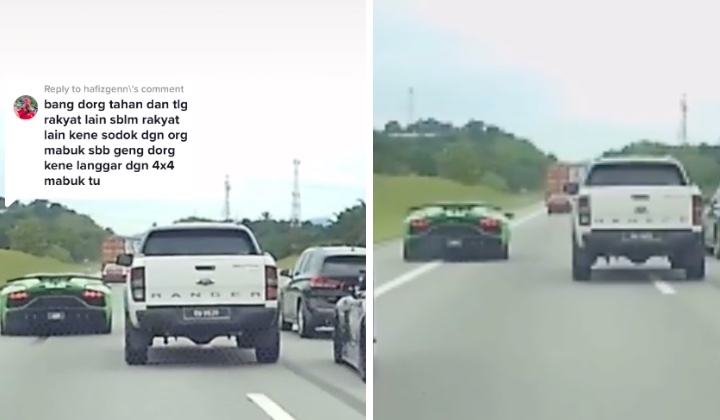 A video showing a group of luxury cars blocking traffic in the middle of the road had recently gone viral.

The luxury car convoy was criticised for alleged reckless driving.

However, a video had just surfaced to explain the issue.

Apparently, the luxury cars blocked the traffic to stop the driver of a Ford Ranger who was said to be drunk.

It is understood that they surrounded the Ford Ranger en masse so that he would not endanger other road users.

Based on social media comments, it is believed that the Ford Ranger was driven by a woman and had crashed into a car.

However, until now, the location has not been identified and there has been no statement from the authorities on the matter.