Ustaz Adnin said the crew of the drama should have voiced their objection. 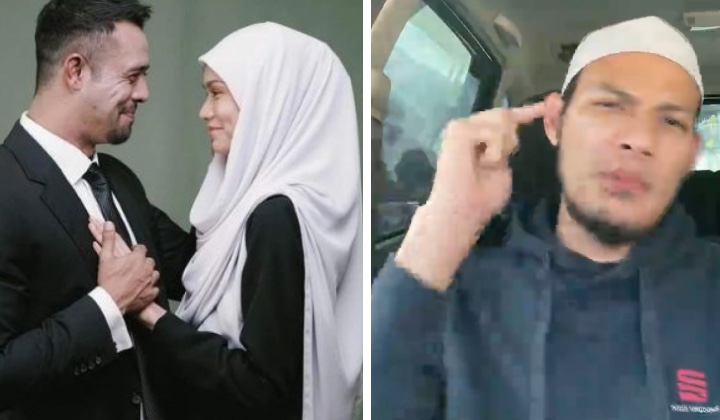 Netizens have been discussing the issue of the ‘hot’ scene played by Malaysian model and actor Zul Ariffin with actress Siti Hariesa.

Zul sparked controversy when he uploaded the hot scene with Siti in their latest drama titled ‘Perempuan Itu’ on Instagram.

The drama is to be aired during the upcoming Ramadan, but perhaps without the hot scene especially with the controversy surrounding it.

The hot scene has gotten the attention of many, including independent preacher Ustaz Adnin Roslan.

The popular preacher, who often answers netizens’ questions on Instagram, said he had been asked to comment on a ‘steamy’ scene in the drama.

Ustaz Adnin was clearly disappointed with what the actor and actress had done in the drama.

He said they should not tarnish their image as Muslims just because they want a high ‘rating’ for the drama.

He also reprimanded the entire crew involved in the drama for allowing such things to happen.

Not All Things Are Beneficial

The PAS man said entertainment is not prohibited in Islam but there must be no excessive ikhtilat (mingling between women and unrelated men) with scenes that implies immorality.

Commenting on Facebook, Idris said that scenes which are considered excessive needs to be reprimanded.

The entertainment industry in Malaysia is not something I want to stop, but if it pollutes religion, I cannot let it happen without speaking out.

Datuk Idris Ahmad on boundaries for the entertainment industry.

Idris said he will contact the parties involved to seek advice so that this matter can be prevented and resolved appropriately.