Nationalists had argued that Georgetown is an unwanted relic of British colonial rule in Malaya. 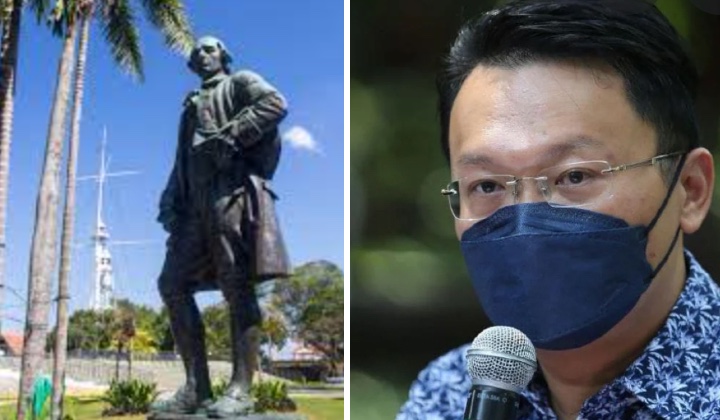 There is no need to change the name of Georgetown to the original name, said the Penang state government.

He was quoted by Sinar Harian as saying that the name of Georgetown City has been famous and known as the capital of Penang for over 200 years.

The name Georgetown is not only used by locals but also around the world, said Yeoh who sits in the Penang DAP committee.

It may have an impact on Penang, including the various recognitions received at the international level previously. We should remember history but we cannot arbitrarily change the name of Georgetown.

State exco Yeoh Soon Hin on why he is against the name change.

Yeoh made the comments after attending a press conference in conjunction with the launch of the Vaccinated Travel Lane (VTL) between Penang and Singapore here today.

He echoed the sentiment of nationalists who see Georgetown as a legacy of British colonialism and wanted the city’s name to reflect its original heritage.

It is also proposed that the original name of Butterworth and Port Dickson be changed to Bagan and Tanjung respectively.

Commenting further, Soon Hin said the change was only proposed by a few parties and it should not be made at the expense of the public.

The suggestions had been around for some time, but gathered momentum after Bukit St Paul was renamed to Bukit Melaka recently.

The Founder Of Penang

British explorer and the founder of the British colony of Penang, Captain Francis Light, landed on the island on 11 August 1786.

Light, who is a British naval officer, acquired Penang on behalf of the British East India Company after making a pact with the Sultan of Kedah.

The Suffolk born and educated captain gave the name Georgetown after the reigning monarch at the time, King George III.

He had also renamed Penang (the name Penang comes from the Malay word Pinang, which means the betel nut) as Prince of Wales Island.

Today there are streets named after him, and the fort that he built still stands to this day.

In any case, Light was not the only one who renamed the place.

When Penang fell to the Imperial Japanese Army on 19 December 1941, it was briefly renamed Tojo-to, after the Japanese Prime Minister at the time, Hideki Tojo.