In Malaysia, the footprints of European colonialism is widely evident through toponymy – in the names of cities. 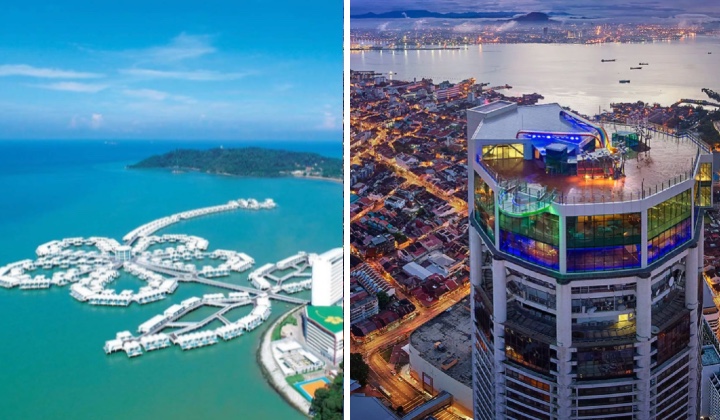 Georgetown is one of Malaysia’s most developed cities and the name was coined by the British Empire.

But now some people are calling for the name to be changed.

This is because they viewed Georgetown as an unwanted legacy of the colonial period, with its unambiguous history of oppression.

Georgetown was known as Tanjong Penaga before the British renamed it.

Among the advocate for the name change is Prof. Datuk Dr Ahmad Murad Merican from the International Islamic University Malaysia (UIA).

Ahmad Murad is a professor of Social and Intellectual History at the International Institute of Islamic Civilization and Thought (Istac).

Speaking to Utusan Malaysia, he said the places named by the colonizers need to be changed because they actually erase the early history of the place.

He noted that the government had made efforts to restore the original name, but more need to be done to uphold the country’s original identity.

When the colonizers gave their names as in Georgetown and Butterworth, they are stealing the identity of the place. They not only ruin history but erase the history of a place that has existed for so long.

Prof. Datuk Dr Ahmad Murad Merican on why the names should be ditched.

What Is The Role Of Naming And Renaming?

When the Portuguese colonizers came to Melaka in 1511, the palace, mosque and surrounding areas were demolished by them.

Then St Paul’s church was built on Bukit Melaka.

This matter should not be polemical as it involves our identity, culture and language, this is the process of dismantling the colonizers and restoring our identity.

The Melaka Museum Corporation (Perzim) has installed identification signs or directional signs that name the location as Bukit Melaka.

The Malacca government allowed the name change not only to restore the original name of the hill but also to promote tourism.

At the same time, Ahmad Murad also highlighted other places which need to be renamed.

Before the British colonial era, Port Dickson was known as Tanjung Tin.

The British also gave their name to new areas explored by them such as Cameron Highlands and Fraser Hill.

Ahmad Murad urged local authorities (PBT) need to be firm with the application for the names of new areas such as housing estates, towns and buildings that do not comply with the use of Malay names.

Cultural history or memory plays a part, where it is certain that before outsiders came the hill already had a name. We have Sungai Melaka, Kota Melaka and thus #BukitMelaka is the name for the hill. The conquerors changed the name. They're gone. Their name is not wanted anymore.

The nationalists had been pushing for a name change for many years.

They pointed out that it is important for Malaysians to not live in societies that honour those who oppressed their ancestors.

It is about eradicating racism, a direct legacy of colonialism.