The traffic policemen were chastised by netizens for their poor decision-making. 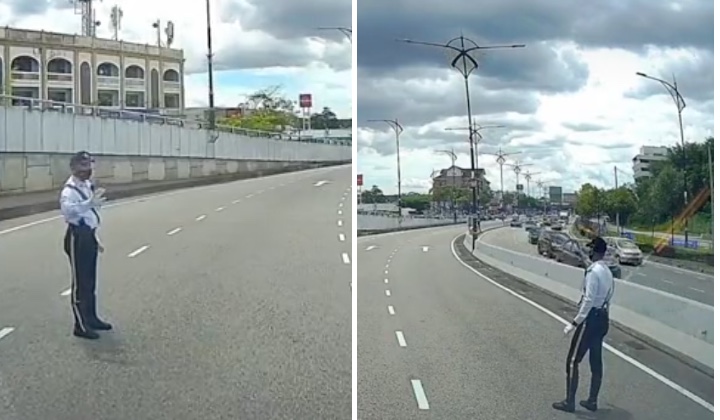 Ambulances are given priority on the road as they usually deal with critical or life-threatening cases.

But in recent times, Malaysians have seen an increase in both the number of times ambulances get held back – for no other reason than to make way for VIPs.

The public is indignant, and rightfully so, as this means it would take longer for the emergency medic to reach their destinations and save lives.

Recently, another incident of an ambulance being forced to make way for VIPs had stirred the public’s sentiment.

In the video, an ambulance was making its way until it was stopped by two traffic policemen, despite the VIP convoy being on the other side of the road.

According to netizens, the incident took place in Johor.

For better or worse, the internet and social media internet has opened a new frontier for public shaming.

In this case, netizens certainly did not mince their words.

The angst was fueled in part by the fact that the road in front of the ambulance was clear.

Some expressed empathy to the traffic policemen, saying they were just following orders.

Others berated the duo, saying they had poor decision-making skills.

Netizens also ‘predict’ that the police would come out with a statement to justify the latest incident.

READ MORE: [Watch] Another Ambulance Forced To Make Way For VIP Convoy And Netizens Are Angry

At the same time, netizens warned that such incidents had incurred a great deal of the public’s wrath.

They implored the police to review their standard operating procedures (SOPs) before public outrage boils over.