According to the fire and rescue department, the incident happened at around 5am. 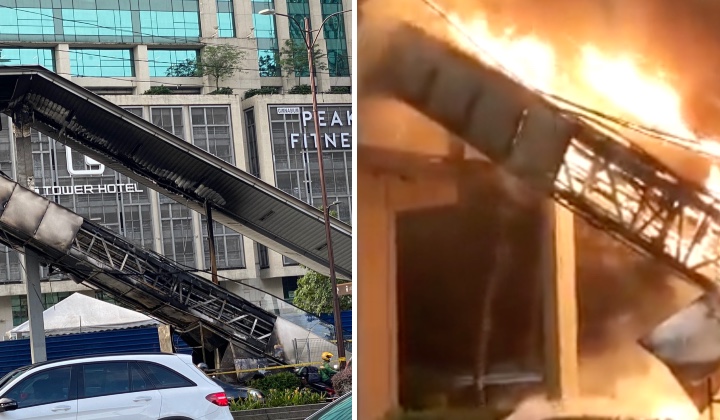 Fortunately, there were no casualties or injuries reported in the early morning incident which was caught on a video and has since gone viral on social media.

The fire and rescue department is conducting further investigations into the cause of the inferno.

The Question Then Arises

The incident, which happened at 5 am, sparked speculation among netizens.

Describing it as tragic, netizens said it could be arson. They could not believe that the escalator would catch fire on its own.

The aftermath of the fire was also shared by netizens as they find their daily routine ‘rerouted’.

Escalator fires had been few and far in between.

In July 2019, the escalator at Genting Highlands also caught fire. No one was injured.

Escalator in Genting Highlands catches fire, no one injured#gentinghighlandshttps://t.co/LSNoYUisRu pic.twitter.com/oBpDLjoqhx