Accused of restarting the film due to VIPs, TGV has apologized to moviegoers. 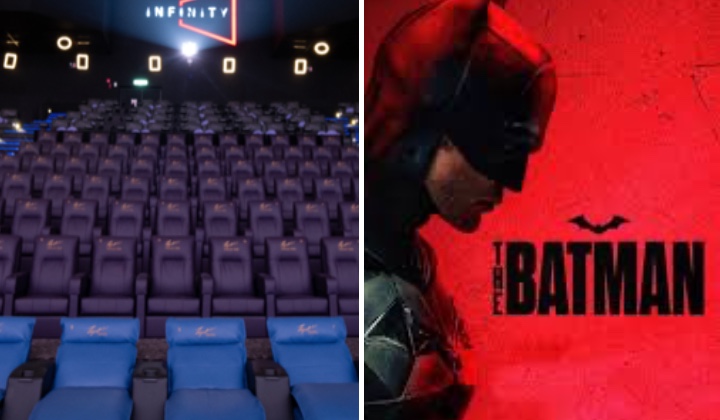 The moviegoer, Fazillah Raduan, posted on Facebook that the movie Batman was restarted after 45 minutes.

Accordingly, a staff went up to the stage and made an announcement that they would be restarting the film from the beginning.

Fazillah alleged that it was to accomodate some ‘VIPs’ who came late for the 7.15pm screening at Vivacity.

This film is 178 minutes long. Now I have to wait another 45 minutes just because a group of people came in late? It’s not about money, it’s about fairness. Are you trying to tell me that me and other customers are less important than those who arrived late?

Moviegoer Fazillah Raduan lets rip at TGV over the fiasco.

Following that, TGV apologized for what happened and admitted that the incident did not comply with their screening procedures.

TGV also offered to make up for it by giving free cinema tickets and a full refund to affected customers.

TGV also assured that it will investigate the matter further.

Minmin and the team are investigating this matter guys, we sincerely apologise for the inconvenience 🙏🏼 pic.twitter.com/6LHlqnx9oA

TGV were hit by bad reviews from netizens who blasted them for the fiasco.

According to netizens, no moviegoers should have to endure such treatment.

If the cinema had to restart my movie after 45mins, I would have shouted “ANAK BANGSAT PALA BUTO MANA YANG SURUH REWIND NI” to the TGV staffs so loudly and everyone should hear my voice and that bloody VVIP kids would never stepped into Vivacity again.

I don’t deal with idiots.

They also criticised the offer of free movie tickets and refund, saying that it’s not about money but ethics and fairness.

Instead, they want TGV to expose the culprit that caused the mess and made other moveigoers feel extremely disrespected.

At the same time, some claimed that it was all due to miscommunciation on the part of TGV.

Apparently it was a miscommunication pic.twitter.com/uqg34NJBBZ

Despite the outrage, some suggested that the public should not jump to conclusion just because of dissatisfaction towards VIPs due to various issues.