The chicken nuggets can be returned to stores for a full refund and no receipt is required for this. 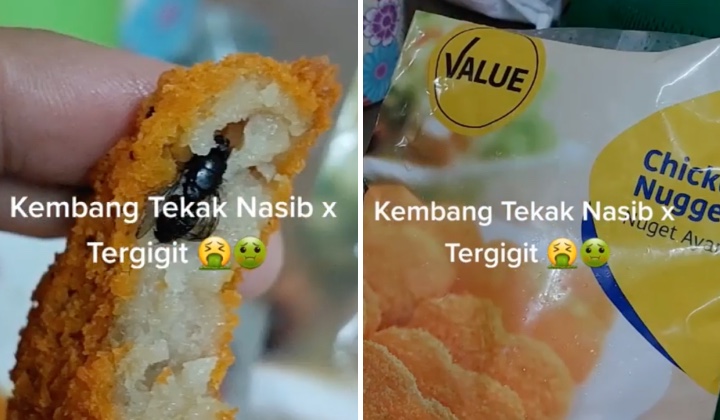 Chicken nuggets sold in Lotus’s Malaysia have been urgently recalled amid concerns over food safety and quality.

On Friday, Lotus’s Malaysia posted an alert on its Facebook page relating to chicken nuggets sold under its own brand, Value Chicken Nuggets.

Shoppers are urged to avoid eating the chicken nuggets and instead return them for a full refund.

They will be able to get a refund for the products – even without a receipt – by returning them to the store.

Lotus’s Malaysia assured that products under its own brand are safe and subject to quality assurance and Hazard Analysis and Critical Control Point (HACCP) food safety system.

The announcement drew a flurry of responses from consumers.

Netizens took Lotus’s to task for the fiasco, with some saying that the products used to be much better under Tesco Malaysia.

Lotus’s is a retail chain that originated in Thailand by CP Group and now has expanded to Malaysia through the acquisition of Tesco Malaysia since December 2020.

The chicken nuggets had came under the limelight following a viral posting by a consumer.

In the video, the consumer alleaged that the chicken nugget even contained a dead fly.

Despite the criticisms, the chicken nugget under Lotus’s own brand is said to be quite popular among consumers due to its tastiness.

According to some consumers, the product is in high demand and often sold out.