Most of the woman’s belongings are donated by others and her own car had broken down, said Uncle Kentang. 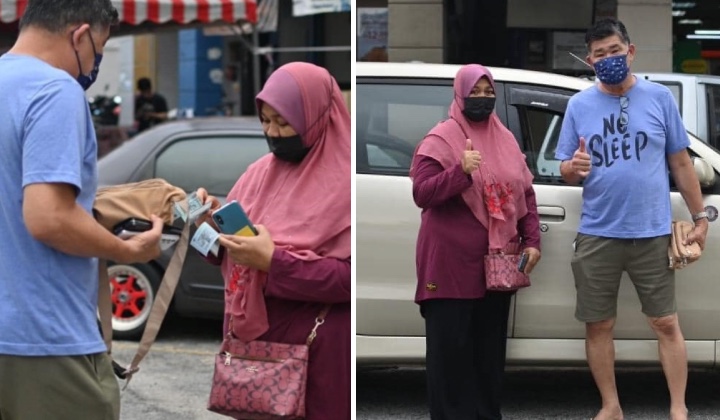 Why does it always happen that a person doing good for others is criticised?

Social activist Kuan Chee Heng aka Uncle Kentang was recently criticised for selling a used car at RM1 to a woman.

Everything seemed fine until netizens pointed out that the woman was using an expensive iPhone and a luxury bag.

They suspect that the woman may not be deserving of the car after all.

As a result, Kuan had to step forward to clarify things.

In a Facebook posting, Kuan explained that his team had known the woman, who is a single mom, for a long time.

Her husband has passed away and we covered the funeral expenses. She is a single mother of nine children, four of them are still studying. Most of her possesions are in fact donated by others. Her branded bag is a fake one from the night market. The family stay in PPR flats and she certainly can’t afford expensive phones

Uncle Kentang on the actual background of the woman.

Not What It Seems To Be

Kuan went on to explain why the woman should get the car.

Her Proton Saga had broken down and she needed a vehicle to fetch her kids and do her business.

Kuan added that there is an agreement whereby the woman can only sell the car to others also for RM1.

The previous owner of the car bought it for RM18,000 before donating it to Kuan and his team for the token sum of RM1.

The previous owner had insisted we sell it for the same price if someone needs the car.

Uncle Kentang on the how the RM1 car came about.

As You Help People More The Expectation Goes Higher

Kuan, a former police officer, had been lending a hand to the poor and needy in many ways.

From donating mattresses to opening a 10 cents shop, he is always ready to help people.

In his line of duty, Kuan has been associated with controversial figures such as Muslim preacher Ebit Lew and fugitive businessman Datuk Seri Nicky Liow Soon Hee.

These might have contributed to the assumptions that Kuan and his team were not transparent in giving away the car for RM1.