Thailand’s floodwater overflow, coupled with the continuous heavy rain in the past few days has been identified as the reason for the severe floods in Rantau Panjang. 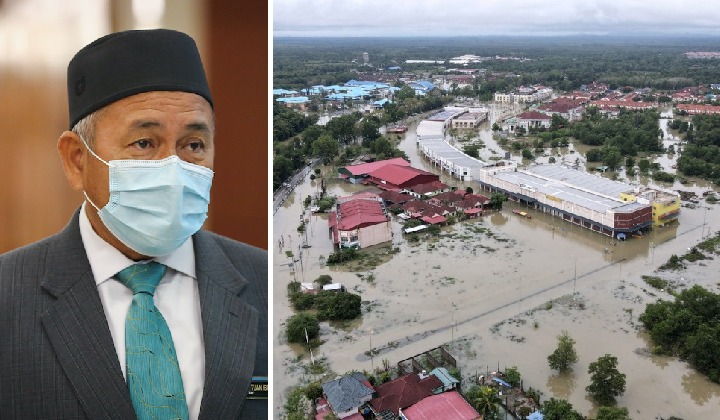 RM50,000 had been allocated to homeowners in Rantau Panjang to reconstruct their homes that have been damaged by the floods.

Environment and Water Minister Datuk Seri Tuan Ibrahim Tuan Man said that six houses had been identified so far as having being completely destroyed by the disaster.

“We will also provide compensation and special assistance to the affected flood victims including the cost of repairing the damage,” he was quoted as saying by Bernama.

Tuan Ibrahim added that the Department of Irrigation and Drainage had also been instructed to send equipment to pump floodwaters to Sungai Golok in the severely affected areas as soon as the water level went down.

Thailand’s floodwater overflow, coupled with the continuous heavy rain in the past few days has been identified as the reason for the severe floods in Rantau Panjang.

Tuan Ibrahim said that the floods in the neighbouring country’s five provinces had overflowed into Sungai Golok.

“Those who claim that the severe floods occurred this time due to the construction of the embankment of the Integrated River Basin Development Project for Sungai Golok (PLSB) are incorrect.

“The fort actually managed to reduce the impact, if it is not there, the floods could be worse. The floods are due to the overflow of the Golok River, it was confirmed when five provinces in Thailand were severely flooded,” he added.

Tuan Ibrahim said that the three-phased PLSB project could help minimise the impact of floods in Rantau Panjang, Pasir Mas and Tumpat.