It’s not the first time that a Sabah island is up for sale. 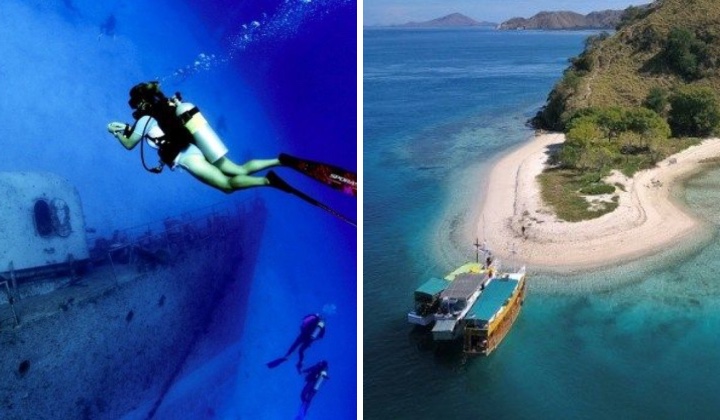 A Sabah island measuring 28.32 acres has been put up for sale at RM40 million.

The sale has been listed on social media and also property auction websites.

The island was listed for sale since last year.

Located southwest of Labuan, Pulau Rusukan Besar is touted as a hidden gem.

The island is famous for its pristine natural beauty and idyllic scenery, its blue waters teeming with marine life and corals.

Pulau Rusukan Besar is renowned for having some of the best shipwreck dive sites in Asia.

Other activities include snorkelling and canoeing.

The island is also perfect for those seeking a rustic place and away from the crowds.

It is accessible by a 30-minute boat ride from Labuan.

Other Sabah islands had also been put up for sale and rent in the past.

In January 2021, The Vibes reported that the popular idyllic islands of Mantanani are going for RM12 million.

According to the Sabah Tourism, Culture and Environment Ministry, the area near Mantanani is in the process of being gazetted as a state marine park by 2023.

Consisting of three islands, Mantanani is famous for its dugong sightings.

The island is located some 80km off Kota Belud in the West Coast Division of Sabah.

In 2017, Mantanani made the headlines following the discovery of the looting of the Usukan wreckage.

Divers are attracted to three Japanese ships that lie at the ocean floor – believed to be the Kokusei Maru, Higane Maru and Hiyori Maru.

According to history, the ships were torpedoed by the United States during the Second World War.

The wreckage, located 38.2km from the islands, is frequented by divers.