Her coach said that she stopped training with the national team. 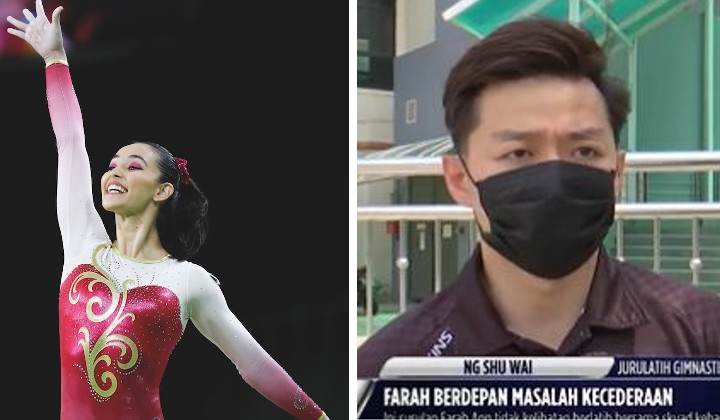 He explained that it could be possible that the athlete wanted to leave the sport for good.

He said that Farah had previously expressed her wishes to retire after participating in the 2020 Tokyo Olympics.

Farah Ann just mentioned to us on her decision to stop training not long ago. After deliberate discussions together with her, finally, we accepted her decision to retire about two weeks ago.

Shu Wai mentioned that Farah came to the decision because of the intensive “training load” and rule changes within the sport.

The coach also revealed that Farah had sustained injuries from the sport.

It is with a heavy heart that we accept her decision but at the same time, I think the current team is ready too. It’s time to show the new generation is coming out.

Farah has been taking a break from competitive gymnastics after making her Olympic debut in Tokyo — saying that she needed to rest and recover.

During the event, she ranked 68th out of 85 competitors from around the world.

As sad as this is to Malaysians, we all wish our Malaysian Queen of Gymnastics well in her future endeavors. All of her achievements for our country are deeply appreciated.