Maliaman left on an empty boat after the truck carrying flood aid was flooded. 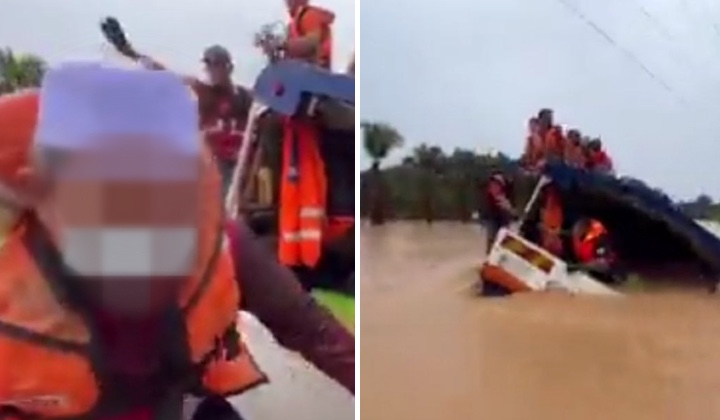 As the flood situation on the East Coast worsens, aids are being channelled to the victims.

However, the water level, which is increasing day by day, is hindering supplies from getting through.

In one such incident, an aid delivery led by Ajil assemblyman Maliaman Kassim had to be abandoned.

As the waters rise, Maliaman had to abandon a truck carrying the aid.

He escaped on a boat with only the skipper aboard.

However, it became an issue when netizens pointed out there were people left behind.

They questioned why Maliaman did not assist them as the boat still has many spaces.

Wait what about everyone else https://t.co/f0r7dg5AM0

Many netizens questioned the actions of Maliaman and accused him of being selfish.

On the other hand, some netizens felt he should be given priority due to him being a senior citizen.

The PAS politician, who currently serves as Deputy of Terengganu State Executive Councillor, is 59 years old.

Zelensky is praised for leading at the frontline as Ukraine tries to fight off a Russian invasion.

At the same time, a netizen came forward to explain that a few minutes later, a second boat came to rescue the victims stranded at the spot.

Perhaps it’s a reminder that we shouldn’t be too quick to judge about something we saw or read.

On the other hand, the public might be biased after many politicians had fumbled on disasters relief efforts.

READ MORE: Are Politicians Fooling Themselves Into Believing Their Own Spin?