The e-hailing driver offered his passenger RM200 to indulge in sexual acts. 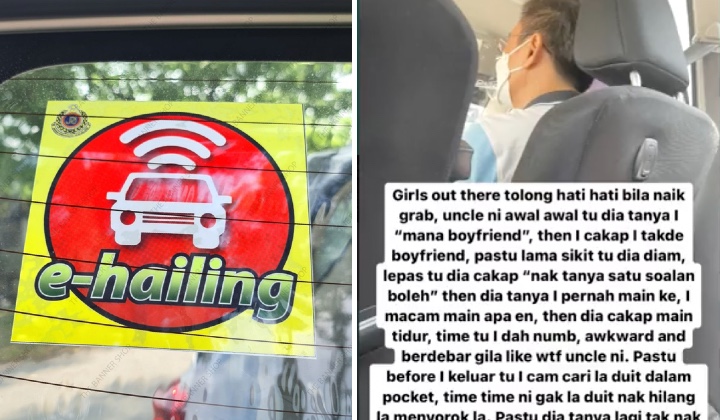 While going taking an e-hailing ride may not bother most men, it isn’t the same with women.

In a Twitter post, e-hailing passenger Nur Isma Dalilah Ismadei highlighted her experience of being a victim of sexual harassment.

Through the tweet which was intended to warn others, Isma also shared a video recording of the driver’s voice who asked her to sleep with him.

Even more disgusting, the driver also lured Isma by offering to pay her RM200.

Isma explained that she used the e-hailing service to go to work and did not think that the man who looked old would do such a thing.

She also uploaded a screenshot of the driver’s name.

Others said it was another reminder of the many risks women can face even when going on mundane activities.

Some recommended for women to always carry self-defence tools like pepper spray.

E-hailing company Grab also spoke out on the matter.

Meanwhile, netizens reminded that sexual harassment has also happened to other e-hailing passengers.

And rather unfortunately, the issue also took on disturbing and even condescending racial undertones.

Some netizens pointed out it would be a dangerous distraction from actual sexual-harrasssment prevention.