Netizens criticised the students for planning to get married without informing their parents. 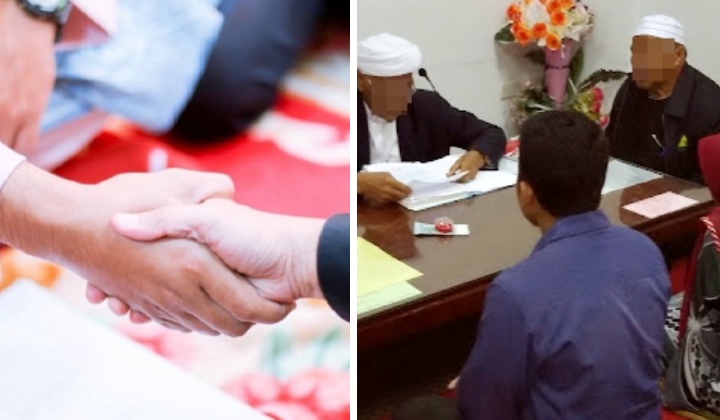 Is it good to get married at a young age?

This seems to be the trend lately with young people deciding to get married at a young age.

The problem is, they want to end their bachelorhood while they are still students or without a stable job.

Recently, a student asked for an opinion on social media on how to end singlehood.

In a screenshot posted by @twtmalaywedding, the student said he plans to get married in Thailand.

It is understood that the student couple depends on their parents for living expenses.

When it comes to money, we can get enough money from our parents. Plan to get married in Thailand because of the problem concerning wali (guardian).

The student on why he wants to wed in Thailand.

We plan to announce our marriage right after finishing our studies and are stable. So my question is what else do I need to worry about before getting married in this way?

The student on his future plans after getting wed in Thailand.

The question posed by the student has sparked a debate among netizens.

They debated on the need to get married early and also the importance of a guardian in a marriage.

Some said the role played by a guardian in the matter of marriage is not something that can be taken lightly, as it will have implications in the long run.

They questioned the motive of the student for wanting to get married at such an early age and in such a secretive manner.

For those that thinking nikah siam can solve problems, i want ask you. U nikah atas rasa cinta, nak mghalalkan zina but U membelakangkan fmily. Is it okay for U ?

Others advised the student couple to wait until they are financially stable on their own.

They pointed out that there are many financial responsibilities that should be expected when starting a family.

Cheap And Easy To Get Married In Thailand

Islamic matchmaker and human rights activist Zuhri Yuhyi said it is not uncommon for Malaysian Muslim couples to get married in Thailand despite knowing it is not valid.

The marriage is not valid mainly because there is no consent from the guardian.

It is easy to get married in Thailand because the kadi will take the couple’s word at face value. For example, the couple can just say the guardian is not around. It’s basically cheating the system while lessening the guilt.

Islamic matchmaker Zuhri Yuhyi on why people choose to get married in Thailand.

Zuhri also pointed out that a couple would also choose to get married in Thailand if the man is already married and could not get a blessing from the first wife.

He added that traditional Malay weddings can be expensive, starting from RM30,000 upwards not including dowries which is a cultural requirement.

The penalty for getting married in Thailand for Malaysian Muslim couples is to pay a fine.

Hence, many are undeterred especially for those who can afford to pay their way out of it.

In fact, there are even inter-border syndicates that arrange for weddings in Thailand.