Malaysian authorities are accused of failing to act on Western intelligence. 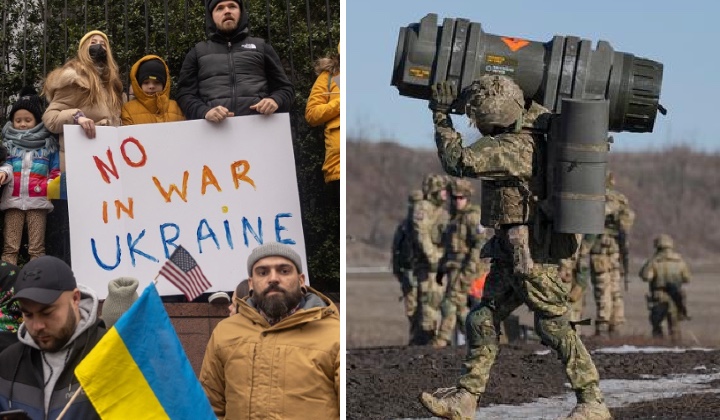 According to a report by South China Morning Post (SCMP), they were forced to do so after a chartered bus failed to show up amidst intense traffic.

The group escaped in a convoy of four cars and headed towards Lviv, about 80km from the Polish border.

Citing Malaysian government sources with direct knowledge of the matter, SCMP said the bus was supposed to take them from Ukraine to neighbouring Poland.

It was also reported that the Malaysian foreign ministry was criticised for bungling the rescue mission.

Critics claimed they failed to act with urgency after receiving Western intelligence in January which informed that a Russian invasion is imminent.

This situation is partly the consequence of having a minister who is so desperate to not fall for Western narrative, he starts believing the nonsense peddled by the other side.

A source claiming that Malaysian authorities failed to act on Western intelligence as cited by SCMP.

“The sources lay particular blame on Prime Minister and Foreign Minister for their dismissive stance towards Western intelligence in January about the imminent Russian invasion.”
https://t.co/QrAbiYLmT3

“These officials had described the intelligence as a ‘Western narrative’, leading the evacuation mission to become a “cluster f**k”#UkraineRussiaCrisis https://t.co/CnIn0rtfwP

Malaysia dismissed Western intel of an imminent Russian invasion of Ukraine as a "Western narrative". I’ve been shaking my head in disbelief ever since I read this thread. Did Wisma Putra even try to verify the intel before ignoring it? https://t.co/BjhdKX19Yy

The embassy in Kyiv is led by First Secretary Fadhilah Daud, who is on her first overseas posting.

She was credited for putting the escape plan to motion.

Meanwhile, the prime minister said the goverment will do its best to rescue the stranded Malaysians.

On 24 February, Russia launched a large-scale invasion of Ukraine, its neighbour to the southwest, marking the largest escalation of the ongoing Russo-Ukrainian War that began in 2014

READ MORE: How The Russia-Ukraine Conflict Will Affect Malaysia